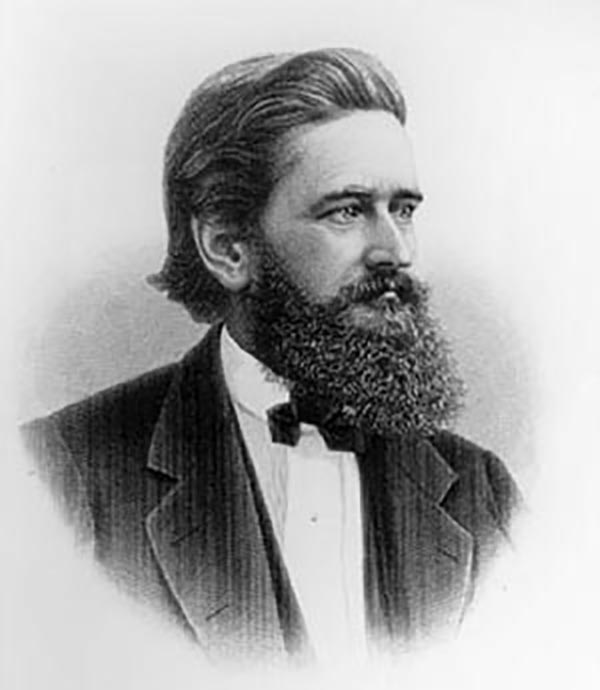 Louis Prang (March 12, 1824 - September 14, 1909) was a Boston based publisher of lithographs and chromolithographs active in the latter half of the 19th century. Prang was born in Breslau Germany where he studied printmaking and engraving from his father, a noted master of the calico process. Around 1850, Prang immigrated to the United States fearing political persecution in Germany after the failed Springtime of the Peoples Revolution, making him a 48er. In the United States, Prang partnered with another German Printmaker, Julius Mayer, establishing the short-lived Prang & Mayer firm. Ten years later, in 1860, Prang started his own chromolithography firm, L. Prang & Co. Prang quickly established himself as a publisher of post cards and other small prints, which were popular as gifts and collectibles. He was especially successful with mass-produced overviews of major battles in the U.S. Civil War, and his 'War Telegram Marking Map' was memorable for being sold with colored pencils, allowing buyers to track the movement of armies over time. Many consider him to be the "Father of the American Christmas Card". Prang also issued larger format chromolithographs of popular art and even printed his own magazine to the effect Prang's Chromo: A Journal of Popular Art. Through his magazines and limited edition printings, Prang was influential in establishing the popularity of the chromolithographic process in America.