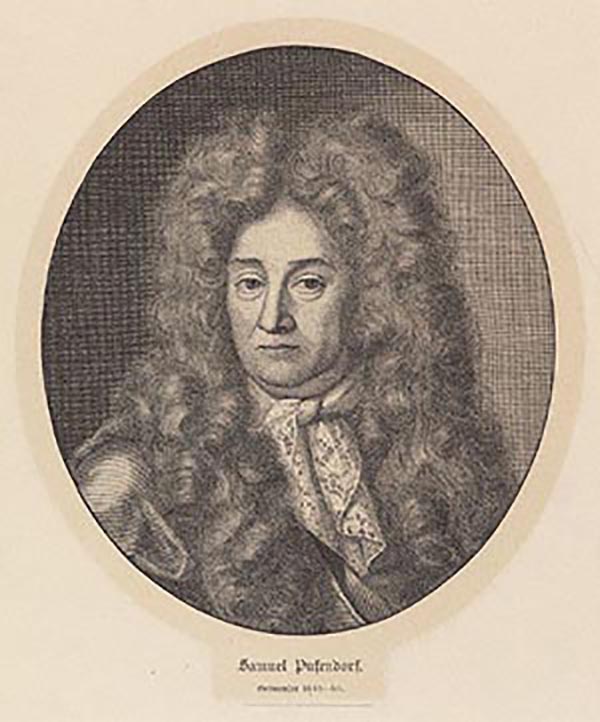 Samuel von Pufendorf (January 8, 1632 - October 13, 1694) was a German lawyer, statesman, philosopher and historian active during the central part of the 17th century. Born a commoner, Pufendorf was made a Baron in 1694, the year of his death, by King Carlo Gustav of Sweden. As a young man Pufendorf was encouraged to join the Lutheran clergy. He studied theology at Leipzig but found the dogmatism of the teachings distasteful. He turned to law, which he studied in Jena. There he developed friendships with other liberally minded intellectuals of the period. Following his formal education, Pufendorf took work as a tutor in various noble families but always managed to find the time to pursue his own researches. In time his published a substantial and influential corpus of work focusing only jurisprudence, legal philosophy, and history. Today Pufendorf is considered to be an important precursor to the German Enlightenment.