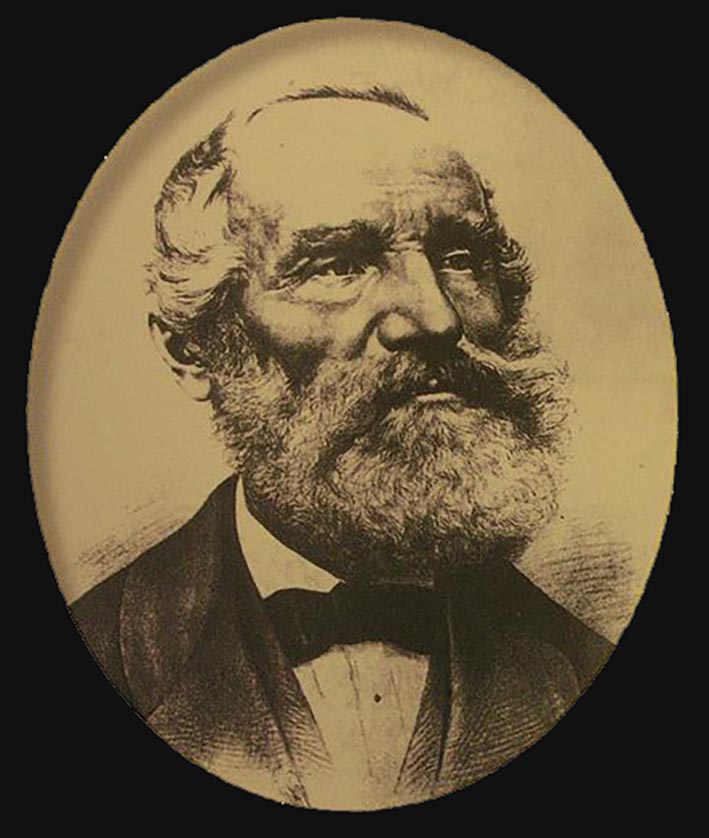 Ravenstein's Geographische Verlagsanstalt (1830 - 2001) was a German publishing house based in Frankfurm-am-Main throughout the 19th and 20th centuries. It is considered the 2nd oldest continuously opperating printing house in Germany. The firm was founded in 1830 by Friedrich August Ravenstein (1809 - 1881), a former apprentice of publisher and bookseller Carl Christian Jügel (1783- 1869). Ravenstein's Geographische Verlagsanstalt (RGV) work initially consisted of travel maps, but soon moved into to mountaineering and topographical cartography. Friedrich August initially intended to pass the business to his eldest son, Ernst Georg Ravenstein (1834 - 1913), but Ernst emigrated to England in 1851, likely to avoid fallout from the failed Springtime of the Peoples Revolutions (1848 - 1849), where he set up a separate publishing business. In 1866, the RGV instead passed to Friedrich August's second son, Ludwig Christian Ravenstein (December 11, 1838 - April 18, 1915). Under Ludwig, in 1926, the firm briefly converted into a joint stock company, publishing as 'Geographische Verlagsanstalt und Druckerei Ludwig Ravenstein A.-G., Frankfurt am Main'. THe firm published under this name until about 1932, when they reverted to 'Ravenstein's Geographische Verlagsanstalt'. Ludwig managed the firm until about 1896, when his son Anton Simon Hans Ravenstein (1866 - 1934) took over. The firm next passed to Ernst Ravenstein II (1891 - 1953), son of Simon Ravenstein (1844 - 1933), the youngest son of Friedrich August Ravenstein, took over management in 1925 after graduating from the Technischen Hochschule in München. Eranst II passed the firm to his daughter, Helga Ravenstein (1919 - 1995) in 1955.The firm remained in the Ravenstein family through both World Wars, but was ultimately sold to Haupka GmbH in 2001.