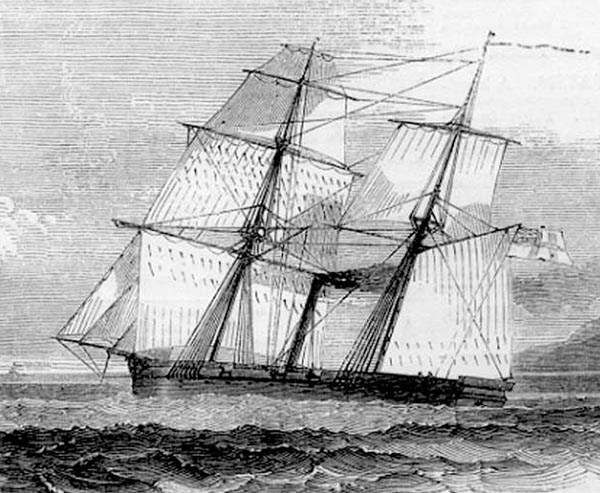 John William Reed (1826 – November 18, 1873) was a British naval officer active in the East Indies and the Pacific in the middle part of the 19th century. Reed was born in Sheerness, near Chatham, Kent, England. The son of a Royal Navy shipwright, john joined the navy as a clerk in 1840. Looking for a more active duty, he became an assistant to a Master of the Royal Navy, and was promoted to second master in July of 1851. In 1853 records place him in the South Pacific where, working on board the HMS Saracen, he was part of a team dispatched to survey the Fijian Coast, the later the coasts of Taiwan, Korea, Japan. By 1856 he had risen to become an Assistant Surveyor. The HMS Saracen was decommissioned in 1860 and Reed returned to England where he was reassigned to duties in the North Atlantic, including visits to Labrador and Greenland. He was given command of the HMS Rifleman in 1861 and once again dispatched to the East Indies. After two years of service in the East Indies, he returned again to England, possibly due to sickness or an injury. In 1866, the HMS Rifleman was again dispatched to the East Indies, again with Reed in command. He was assigned to complete a detailed survey of the waters between Singapore and Hong Kong, the first major update to this region since the work of John Turnbull Thomson. Reed completed his seminal survey, but by 1868 his health broke down again and he returned to England and retired. His ship, the HMS Rifleman, was similarly decommissioned. He died four years later in 1873, probably from tropical diseases contracted in his travels. Edward Reed, his brother, was an important British shipwright.