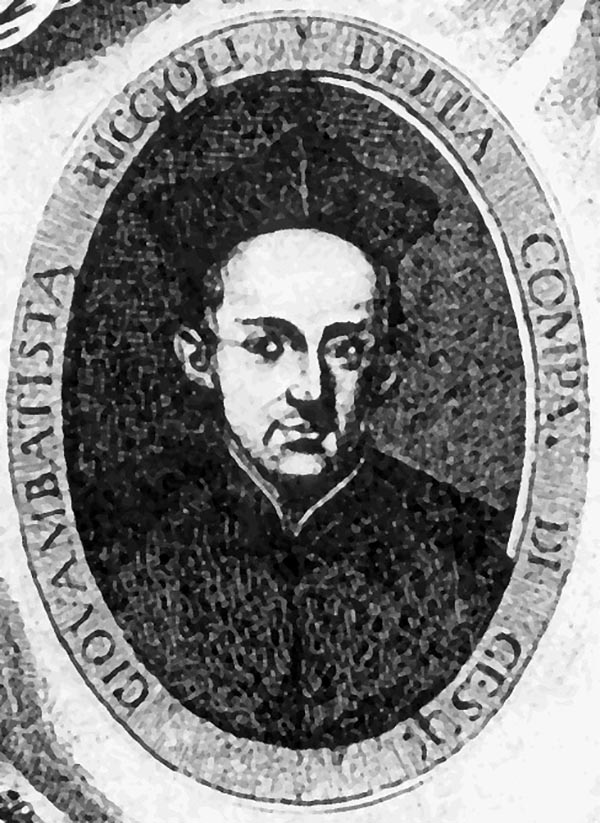 Giovanni Battista Riccioli (April 17, 1598 - June 25, 1671) was a Jesuit priest and astronomer active in Italy and Bologna during the early 17th century. Riccioli is most famous as the first person to accurately measure the rate of acceleration of a free falling body. However, his most substantial work is the Lunar measurement and mapping that he completed with Francesco Maria Grimaldi. Riccioli and Grimaldi's map of the moon established many of the planetary and lunar mapping conventions that are still in effect today including the nomenclature for most lunar topography. As a Jesuit and in much of his work, most specifically the 1651 Almagestum Novum which was written to that purpose, Riccioli expresses a clear rejection of Copernicus's heliocentric theories. Which makes it all the more curious that he chose to name one of the Moon's most prominent craters after the great Astronomer. Perhaps a tacit sympathy for Copernican theory? Riccioli died in Bologna in 1671.