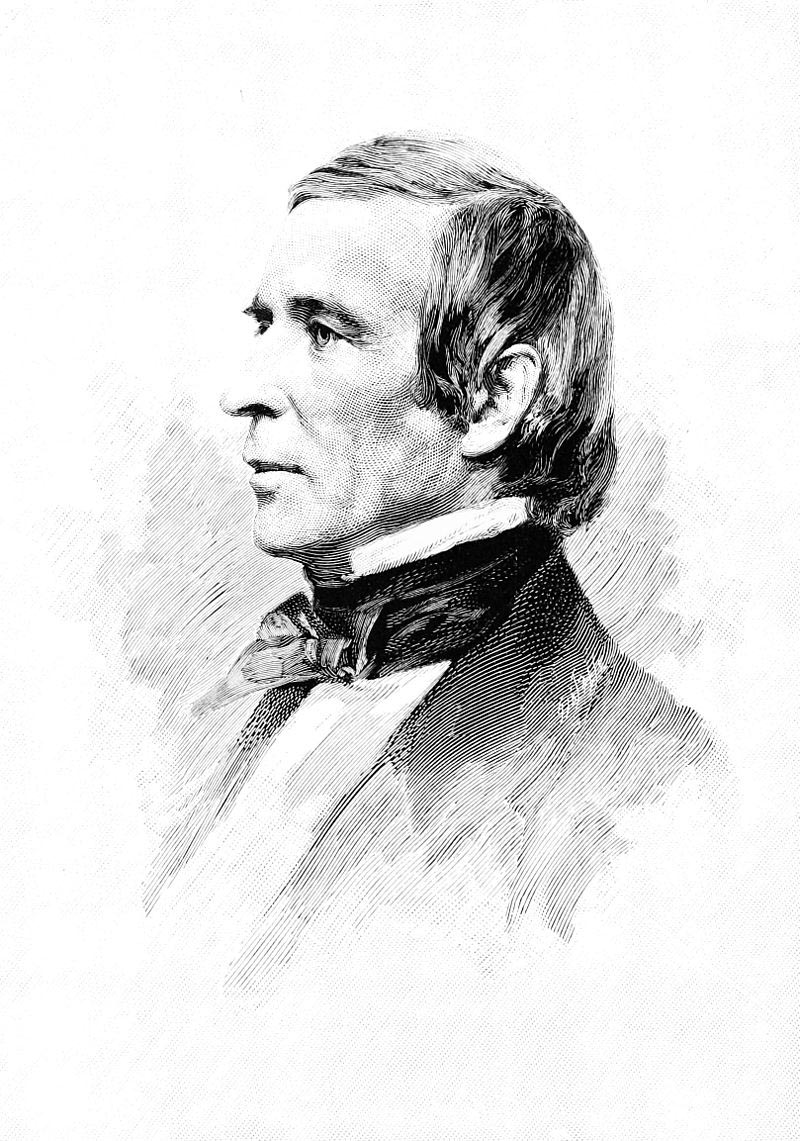 Henry Darwin Rogers (August 1, 1808 - May 26, 1866) was one of the first professional geologists in the United States. Born in Philadelphia, Pennsylvania, Rogers was given his middle name in honor of Erasmus Darwin, who penned the poem 'The Botanic Garden', of which Roger's father was a great admirer. In 1813 the Rogers family moved to Baltimore, Maryland, where Henry attended public school, and in 1819 they moved to Williamsburg, Virginia. In Williamsburg, his father served as a professor of natural history and mathematics at the College of William and Mary from 1819 to 1828. Henry also attended William and Mary for a short time. After attending William and Mary, H. D. Rogers administered a school in Windsor, Maryland with his brother William Barton Rogers. After the school closed in 1828, Rogers began teaching at the Maryland Institute, where his brother already held a position. The following year, Rogers was selected for a post as professor of chemistry and natural philosophy at Dickinson College, Pennsylvania. He resigned the position in 1831 due to intellectual differences and began working on behalf of the Owenites (the followers of Robert Dale Owen). On their suggestion he traveled to England where he studied chemistry in the laboratory of Edward Turner and attended a number of other scientific lectures. In the summer of 1833 he returned to Philadelphia and gave a series of lectures on geology in the hall of the Franklin Institute that winter. Upon completion of a Master of Arts degree from the University of Pennsylvania in 1834, Rogers was elected professor of geology and mineralogy at that institution in 1835, a post which he retained until his resignation in 1846. Also in 1835, Rogers was chosen to make a geological and mineralogical survey of New Jersey, which, in addition to a preliminary report in 1836, he published as Description of the Geology of the State of New Jersey in 1840. A similar geological survey of the state of Pennsylvania was organized in 1836 and Rogers was appointed geologist in charge. He engaged in active field work for this survey until 1841, when the funding was cut off. During this ten ensuing years, his services as an expert were retained by various coal companies. It was during this period, in 1846, that Rogers moved to Boston, and the field work for the survey of Pennsylvania resumed n 1851 and continued until 1854. Six annual reports were published between 1836 and 1842, and the preparation of the final report was confided to him in 1855. Rogers moved to Edinburgh in around this time, finding that the work on the survey could be completed much less expensively abroad. The book The Geology of Pennsylvania, a Government Survey was published by W. Blackwood and Sons and J. B. Lippincott and Company in 1858. Rogers was appointed Regius Professor of Natural History and Geology at Glasgow University in 1857 and was also appointed as keeper of the Hunterian Museum and clerk to the trustees that same year. In 1842, Rogers and his brother William presented their conclusions on the physical structure of the Appalachian Mountains to the Association of American Geologists and Naturalists. Rogers saw great folds of sedimentary rock in these mountains, and believed that an interpretation of these folds would lead to an understanding of the dynamic processes that had shaped the earth. These observations soon became the first uniquely American theory of mountain elevation, an accomplishment Rogers believed to be his most significant achievement. Rogers died in Glasgow in 1866 as a result of a combination of overwork, a weak constitution and the effect of the Glasgow climate.