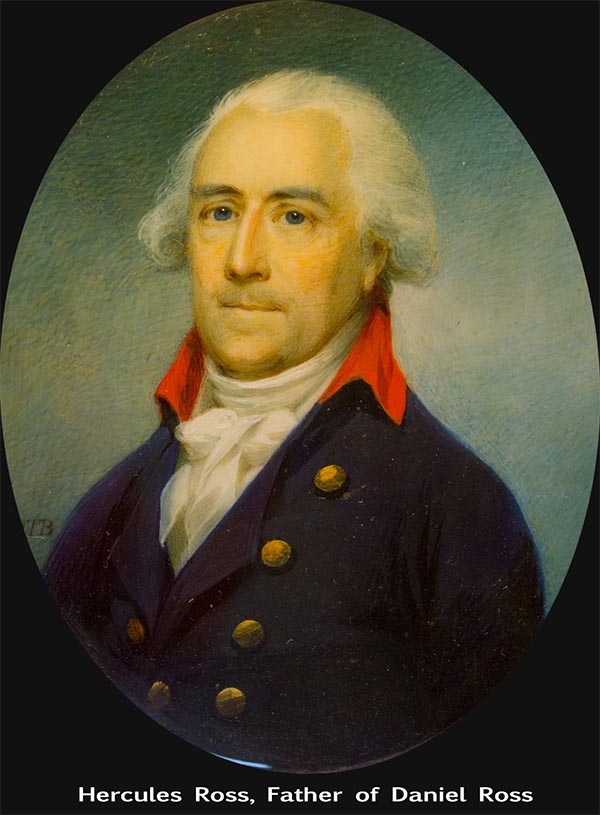 Daniel Ross (November 11, 1780 - October 29, 1849) was a British hydrographer and naval officer active in India and the Far East during the first half of the 19th century. Ross is admiringly referred to as 'The Father of the Indian Surveys.' He was born in Jamaica, the illegitimate son of Hercules Ross (1745 - December 25, 1816), a powerful Jamaican-English merchant, privateer ship owner, and naval price agent. His mother was Elizabeth Foord, a quadroon slave who Hercules later freed. Ross joined the Bombay Marine in 1795. From 1806 to 1820 he was assigned to survey the coast of China from Vietnam to Macao. In 1822 he was elected a fellow of the Royal Society. By 1823 he had been appointed Marine Surveyor General of Calcutta, a position he held until he resigned in 1833. Afterwards he retired to Bombay (Mumbai) where in 1838 he was appointed President of the Bombay Geographical Society. He retained the position until retiring in ill-heath in 1849. He is the half-brother of sportsman and photography pioneer Horatio Ross.