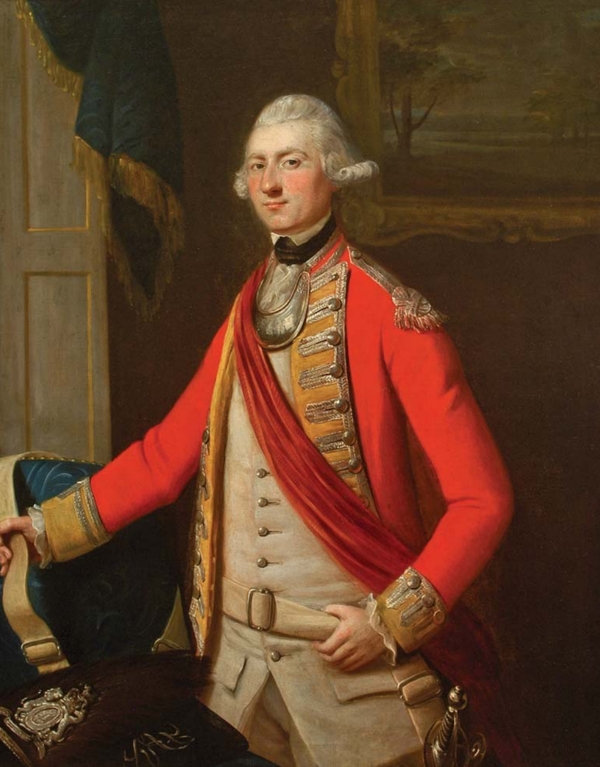 John Ross (1744 - 1809) was a British career military officer and surveyor active in the America's during the American Revolution and the French and Indian War. While little is known of Ross's personal life before or after he joined the army, he military career is well documented. Most of his career was spent as an officer in the 34th Foot Regiment, where he was commissioned as a lieutenant on July 31 of 1762. Ross is most distinguished cartographic achievement was his mapping of the Mississippi River Valley from the Balise to Fort Chartres, the last French holdout on the Mississippi following the French and Indian War, on his way to accept the surrender of the French commandant Louis Groston de Saint-Ange et de Bellerive. This seminal map was the first British mapping of the Mississippi Valley and of great subsequent significance during the American Revolutionary War and afterwards. During the American Revolution Ross was stationed in Northern New York where lead various advances against colonial militia in the region and notably defended Carleton Island against superior forces. Following the war he arranged settlement of loyalist refugees in Canada and is considered the de facto 'founder of Kingston'. In 1785 Ross, now a Major, returned to England to care for his aging father. Ross formally retired from military service on February 17 of 1789. He returned to the service during the Napoleonic war and was promoted to lieutenant-colonel at some point during the conflict. He was killed at the Battle of Talavera in Spain in July 1809 during the Peninsular War.