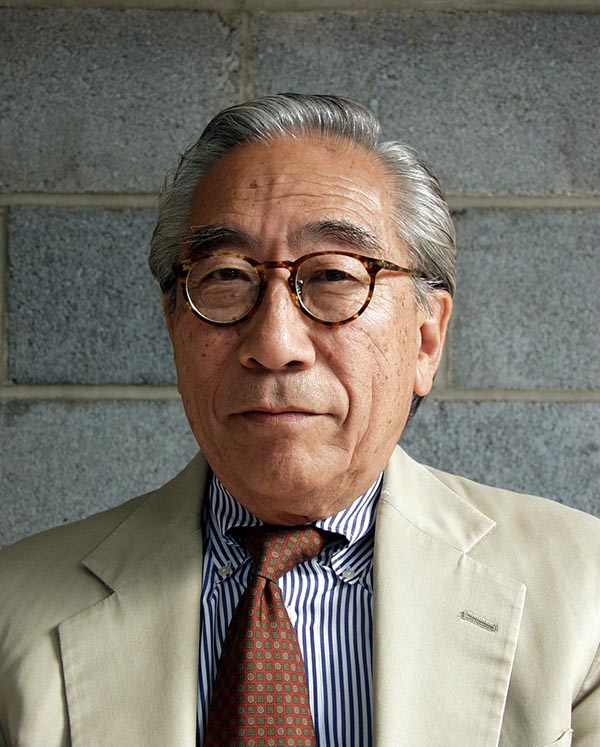 Shoji Sadao (January 1927 - November 3, 2019) was a Japanese American architect most often remembered for his collaborations and work with R. Buckminster Fuller and Isamu Noguchi. Born in Los Angeles, California, Sadao and his family were forcibly relocated to the Gila River War Relocation Center in Arizona during World War II. He was drafted into the U.S. Army in 1945, served for four years, and was stationed in Germany as a cartographer. While an architecture student at Cornell University, Buckminster Fuller (July 12, 1895 - July 1, 1983) was one of his instructors. Thanks to his expertise in cartography, Sadao spent almost all of 1954 drawing the Dymaxion Airocean World Map by hand. This was his first collaboration with Buckminster Fuller. The first edition of the map, 'the Raleigh edition' printed by Edwards and Broughton, was published in the summer of 1954 in an edition of 3,000 copies. Sadao co-founded Fuller and Sadao Inc, an architecture firm, with Fuller in 1964. The firm's first project was the design of a large geodesic dome that would serve as the U.S. Pavilion in Montreal for Expo 67. Today the dome still stands and is known as the Montreal Biosphère. Sadao continued to work with Fuller through the 1960s and began collaborating with Isamu Noguchi as well, beginning with the production of Noguchi's folded aluminum sculpture at the Stable Gallery. Sadao also was part of the Noguchi Fountain and Plaza, Inc. which designed the Horace E. Dodge and Son Memorial Fountain and the Philip A Hart Plaza in Detroit. Noguchi, Sadao, and Fuller collaborated on the design and construction of the Isamu Noguchi Garden Museum in Long Island City, New York. From 1989 until 2003, Sadao served as the Executive Director of the Noguchi Museum. Sadao died in Tokyo.