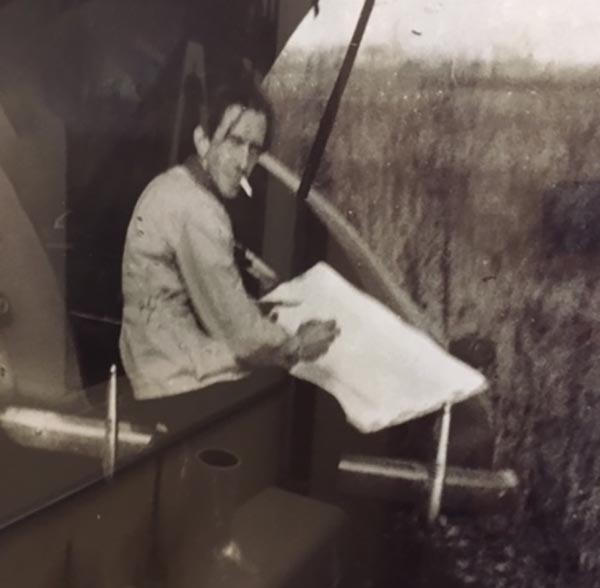 Henry Emil Salloch (December 31, 1908 - August 1985) was a German-American artist and graphic designer. Born Heinz Emil Salloch in Berlin, Germany, Salloch studied art at the Muthesiushochschule, Kiel. In 1929, he returned to Berlin to teach art. After the rise of National Socialism and Adolf Hitler, Salloch refused to join the Nazi Party. In defiance of party edicts, he invited Jewish pupils to a school Christmas Party and refused to use the Nazi newspaper Völkischer Beobachter in his class. This caught the attention of the Gestapo. After being informed by his landlady that the Gestapo had been asking about him, Salloch fled the country and ended up in Cuba before immigrating to the United States in 1937. He spent the late 1930s traveling up the U.S. East Coast from Florida to New York, where he lived in Montauk for a while. The 1940 U.S. Census notes Salloch as living as a bachelor in New York City. Salloch married Erika Salloch, a Jewish refugee and professor of German at Washington College, Chestertown, Maryland. Today, the Erika and Henry Salloch Prize is given by the Department of Modern Languages at Washington College, to the student whose achievement and personal commitment have contributed to the understanding of other cultures. Photo provide courtesy of the Salloch family.