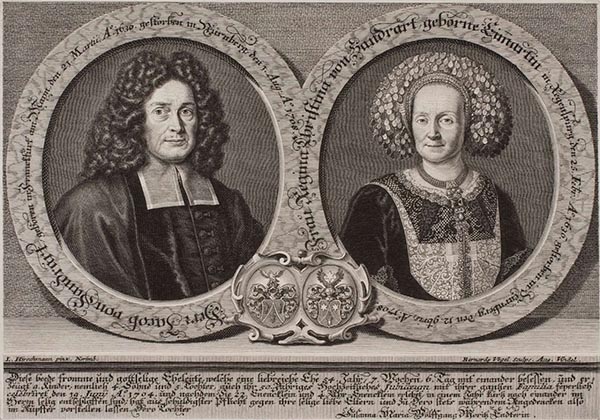 Jacob von Sandrart (1630 - 1708) was a German publisher and artist active in Nuremburg in the late 17h century. Sandrart was born in Frankfurt-on-Main but relocated to the publishing center of Nuremberg to study painting under his uncle Joachim von Sandrart and engraving under notated cartographer Cornelius Danckerts. By 1656 he was one of the most responded portraitists and art dealers active in Nuremberg. Sandrart did not produce any known atlases, but he did publish a number of maps, most of which focused on Central Europe.