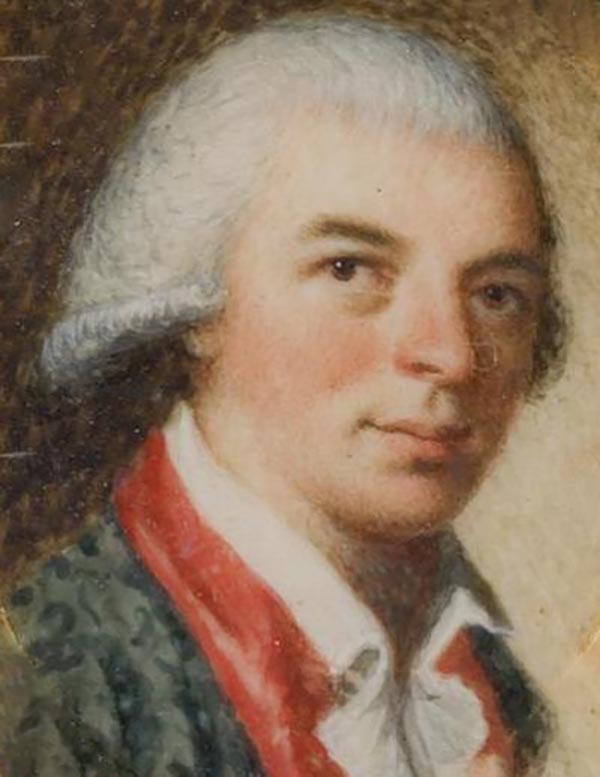 Edward Savage (November 26, 1761 - July 6, 1817) was an American Federal Period painter and engraver best known for his seminal portraits of George Washington and his family. Savage was born in Princeton, Massachusetts. Savage apprenticed as goldsmith, where he was able to master engraving. As a painter, he appears to have been initially self-taught, but nonetheless attained some degree of technical mastery before studying under London-based American painter Benjamin West in 1791. He is best known for his important 1789 - 1790 painting of George Washington, which is today the most iconic image of America's first president. From 1792 to 1795 he owned portrait gallery in New York, but nonetheless preserved a close relationship with Washington, with whom he corresponded, and painted images not just of Martha, but also of his grandchildren. His master work is probably the group portrait 'The Washington Family', which shows George along with his family and manservant at Mount Vernon and which now hangs at the National Gallery. Savage gained considerable prominence through his association with the Washington family. Savage is credited with nearly 100 portraits and several landscapes. He is often criticized as a painter, but the historical importance of his work cannot be questioned.