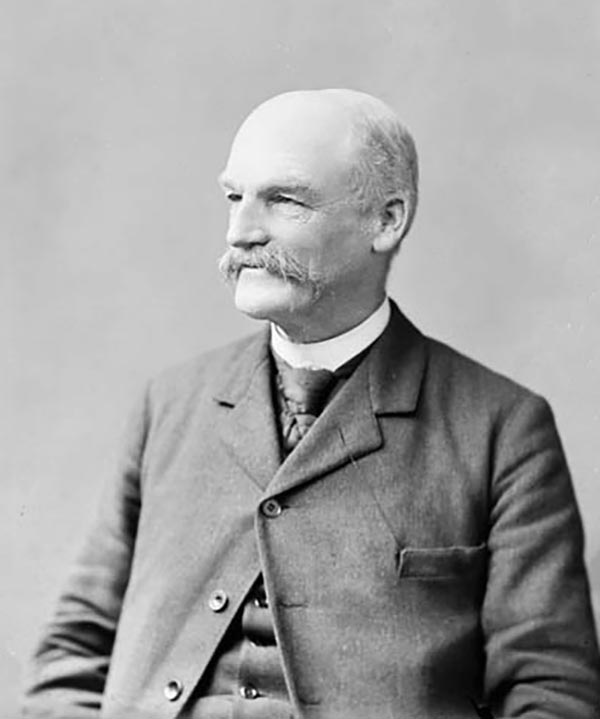 Sir Collingwood Schreiber (December 14, 1831 - March 23, 1918) was an English Canadian engineer, surveyor, and civil servant, most remembered for helping to complete the Canadian Pacific Railway. Born in Bradwell-on-Sea, Essex, England, Schreiber arrived in Canada with his family in 1852 after being educated in England. He soon found work with the Toronto, Hamilton, and Buffalo Railway as a railroad engineer. In 1856, Schreiber left the Toronto, Hamilton, and Buffalo to work with Sir Sandford Fleming. He spent the next several years working for private railways before receiving his first government job in 1864. By 1873 he had been named chief engineer of all Canadian government railways. Schreiber became the chief engineer on the Canadian Pacific Railway in June 1880, replacing Fleming. Less than a month later Schreiber was named general manager of all operating goverment railroads. When the Canadian Society of Civil Engineers was founded in 1887, Schreiber was a founding member. He became Deputy Minister of Railways and Canals in 1892. Schreiber continued to work in government until his death in Ottawa in 1918.