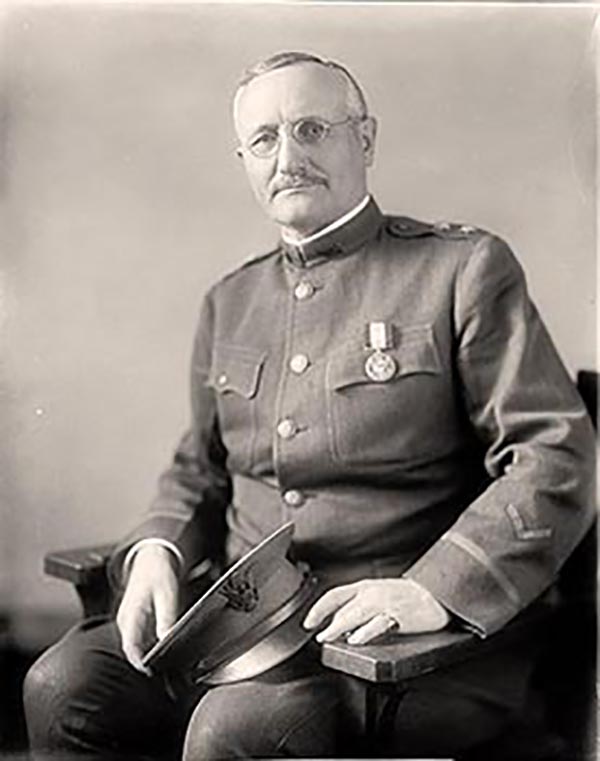 William Luther Sibert (October 12, 1860 – October 16, 1935) was a American army officer active in several foreign wars. Sibert was born in Gadsden, Alabama, and attended the University of Alabama before entering the United States Military Academy at West Point. Upon graduating he was commissioned into the Army Engineering Corps. During the Philippine-American War (1899-1902) he was appointed Chief Engineer of the 8th Army Engineering Corps, during which he oversaw the compilation of several important maps. During World War I, he was deployed with the first four regiments of the American Expeditionary Force in France. In June of 1918, Sibert was assigned to the War Department's newly created Chemical Warfare Service, which he led until 1920. Following the war Sibert retired from active duty and moved to Bowling Green, Kentucky. As a civilian he engaged in numerous improvement projects in Alabama and on the Hoover Dam. General Sibert is buried at Arlington National Cemetery. He was elected to the University of Alabama Engineering Hall of Fame oi 1961.