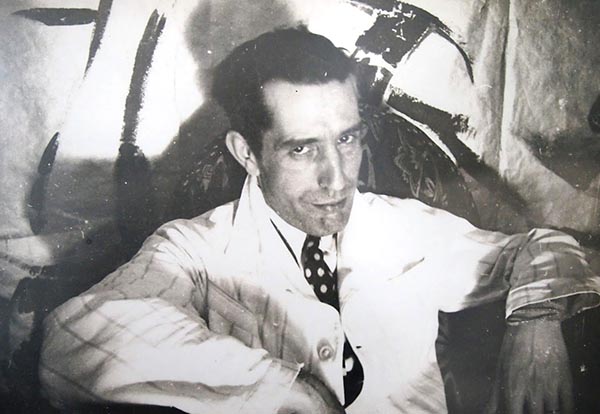 António Soares (September, 1894 – July, 1978) was a Portuguese modernist painter, caricaturist, architect, decorator, and set designer active during the early and middle 20th century. Soares was born in Lisbon and had no formal artistic training. He began his career as an illustrator, producing book covers, posters, caricature maps, and announcements, as well as working with magazines such as Ilustração, Magazine Bertrand and ABC. His work is generally modernist and includes caricature with a focus on worldly themes. Later in his career he began to focus on larger painting, murals, and even architectural decoration. Although little known today, he was well respected in his day. He won the Grand Prix at the Paris International Exposition in 1937, received the Columbano Prize twice at the SPN / SNI Modern Art Exhibitions (1935 and 1948), in 1958 was conferred the rank of officer of the Ordem Militar de Sant'Iago da Espada, and in 1962 received the Diário de Notícias Prize.