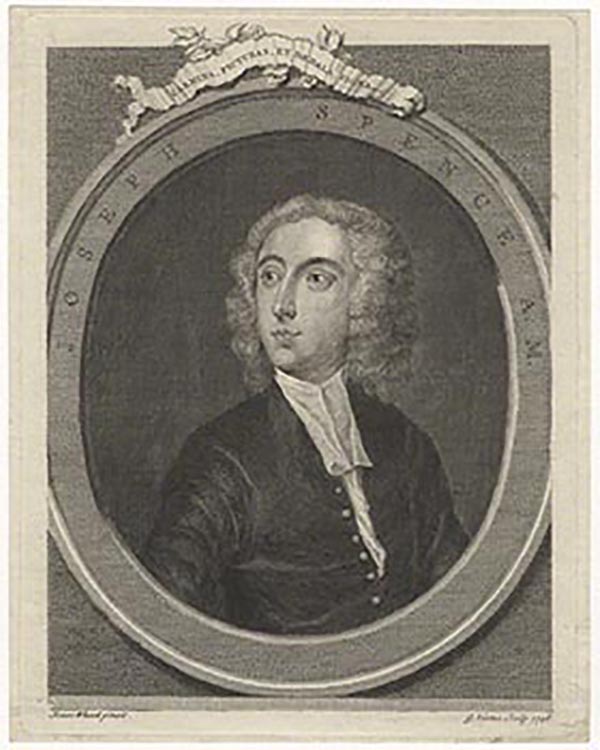 Joseph Spence (April 28, 1699 – August 20, 1748) was an English historian, literary scholar, and anecdotist, who spent the majority of his life traveling throughout Europe. During these travels, he wrote many of his most distinguished pieces, and received inspiration for other literary works and lectures he went on to give at Oxford. Alexander Pope became a life-long friend to Spence and heavily influenced his work. Due in part to this friendship, Spence was elected the Oxford Chair of Poetry in 1728, and went on to become a professor of modern history at Oxford in 1742. After publishing Polymetis, Spence used his profits to fulfill his love of gardening, and he continued to produce literary works (both published and unpublished) until his death.

1747 Boitard Celestial Map of the Constellations from the Farnese Atlas