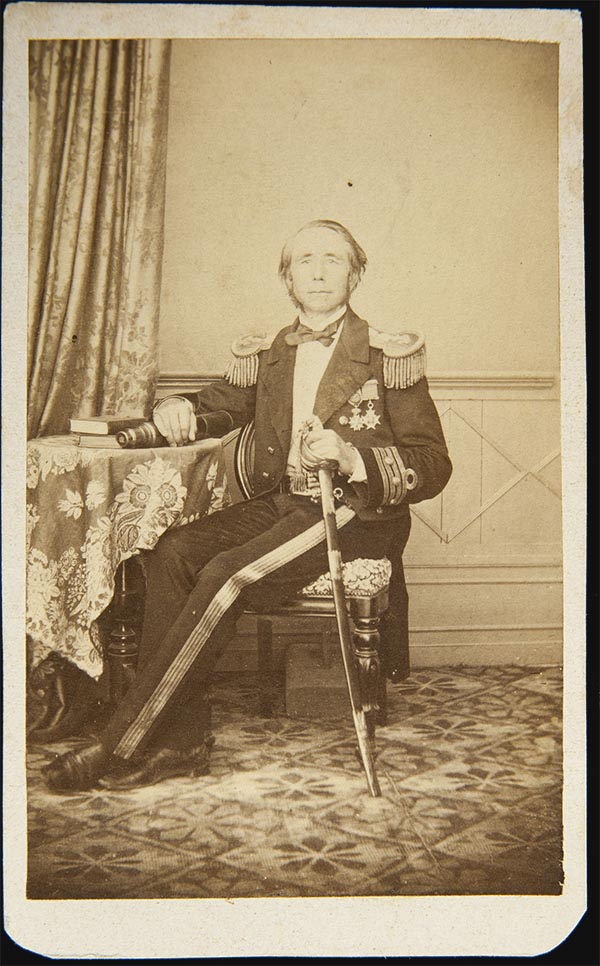 Thomas Abel Brimage Spratt (May 11, 1811 - March 12, 1888) was an English Royal Navy officer, hydrographer, and geologist active throughout the 19th century. Spratt was born in Woodway House, a gentlemanly estate in East Teignmouth, Devon, England. He was the eldest surviving son of Royal Navy Commander James Sprat, a hero of the Battle of Traflagar. He joined the Royal Navy in 1827, at 16, and was taught surveying on board the HMS Victory. Spratt was assigned to survey the Mediterranean, working with various officers, but most notably Thomas Graves, with whom he produced a revolutionary map of the Troada, subsequently known as 'Spratt's Map,' which led directly to Schliemann's discovery of Troy. Subsequently he befriended Edward Forbes, an English naturalist, with whom he published Travels in Lycia. Spratt was elected a Fellow of the Royal Society in recognition of the work. He was Kent's Commissioner of Fisheries from 1866 to 1873; and acting conservator of the River Mersey from 1879 until his death at Tunbridge Wells in 1888.