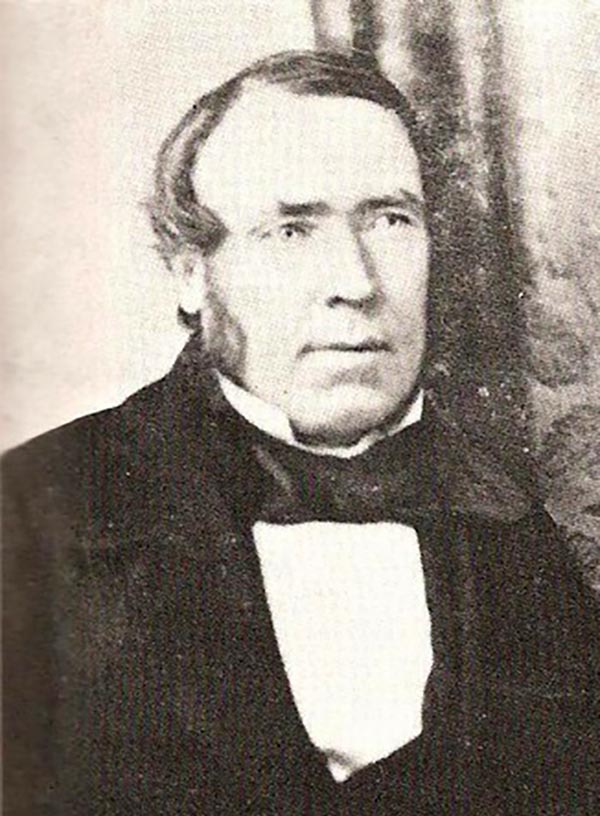 James Sprent (1808 - September 22, 1863) was an English surveyor and mapmaker active in Tasmania in the mid-19th century. Sprent was born in Manchester, England, and received degrees at Glasgow University (1825) and St. John's College, Cambridge. He emigrated to Tasmania in May of 1830 hoping to take advantage of free land grants. On arrival he established a school for boys in Hobart Town - and from 1832, for girls as well. Sprent' application for a land grand was refused in 1833, but at the same time he was appointed to begin work on the first large-scale trigonometrical survey the island. Sprint and another surveyor, James Erskine Calder (1808 - 1882), worked on the survey for 4 years before it was paused and defunded in 1837. He nonetheless maintained his government position as 'Assistant Surveyor' and was assigned in 1841 to complete a detailed survey of Hobart Town. The survey was reinstituted in 1847 under lieutenant-governor William Denison (1804 - 1871). For the next 10 years Sprent and Calder meticulously surveyed the entire island. In 1857, military surveyors in Tasmania were replaced by civilian surveyors and Sprent was elevated to Surveyor-General. The work was finally published in 1859. Sprent retired in the same year, due to ill health. His heath continued to decline until he died in his Hobart home in 1863.