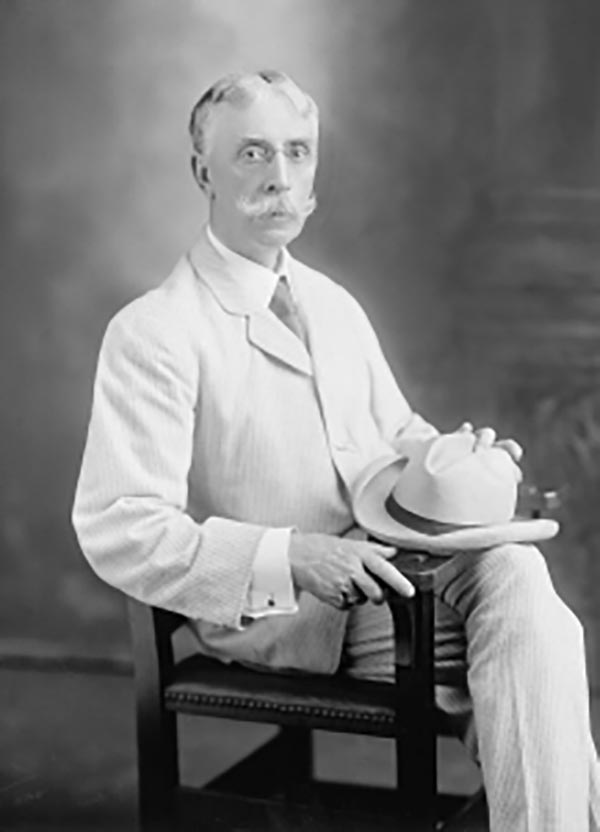 Thomas William Symons, Jr. (1849 - 1920) was an American army officer and engineer. Born in Keeseville, New York, his family soon moved to Flint, Michigan. Upon completing high school, Symons applied to the U.S. Military Academy at West Point and graduated at the top of the Class of 1874. After West Point, Symons was commissioned as a Second Lieutenant in the Army Corps of Engineers and served at Willett’s Point for his first two years in the army. In 1876, Symons was reassigned to the Wheeler Expedition, which was one of the four major expeditions that formed the nucleus of the U.S. Geological Survey. By 1880, Symons had been promoted to Captain and was in charge of studying the area referred to as the ‘Inland Empire of the Pacific Northwest,’ focusing on the upper Columbia River and its tributaries. Other than exploring and mapping the region, Symons chose locations for new army outposts, built roads, and carried out other military duties. Over the course of the following years, Symons worked on the Mississippi River Commission, led the U.S. side of the joint boundary commission redefining the border with Mexico, and worked on several city projects in Washington, D.C. including the water supply, sewage system, and pavements. In 1895, Symons returned to New York where he was charged with planning and designing the river and harbor works at Buffalo. He was also named engineer of the 10th Lighthouse District, which encompassed all the waterways and lighthouses from Detroit, Michigan, to Ogdensburg, New York. In 1897 Congress commissioned a report researching the possibility of a ship canal spanning New York State. Symons disappointed the committee by stating in his report that a barge canal, not a ship canal, was the best option. In 1898, then Governor of New York Theodore Roosevelt enlisted the help of Symons to further study the canal project, and through this additional work succeeded in convincing Congress that this was indeed the best option. Roosevelt was elected President of the United States in 1902, and named Symons as his top military aide in early 1903. In D.C., Symons was officially the officer in charge of Public Buildings and Grounds of the District of Columbia (a post which was accompanied by a promotion to the rank of Colonel of Engineers). That, however, was not the extent of Symons’s duties for the president. As Roosevelt’s top military aide, Symons was the Master of Ceremonies for all White House functions. Symons planned, coordinated, and executed every appearance by Roosevelt, who was also a close personal friend. Depending on the event, Symons could have been responsible for selecting the decor, music, food, and entertainment. Symons became the public face of all White House events. He took his place at Roosevelt’s die in any reception line, greeting each guest and introducing them to the president. He was also the paymaster general of the White House, ensuring that all funds appropriated for expenses were properly spent. Symons was also allowed, by the authority of a special act of Congress, to help with the creation of New York’s barge canal while in office (this, of course, happened with a little help from President Roosevelt). Symons left the White House after Roosevelt’s first term in order to focus on the canal. After 37 years of service, the post of Chief Engineer of the Army Corps was going to open up in 1908. President Roosevelt strongly advocated for Symons to accept the position, but he elected to submit his name for the retirement list instead. Thomas William Symons, the map Theodore Roosevelt called the ‘Father of Barge Canals’ died in 1820.