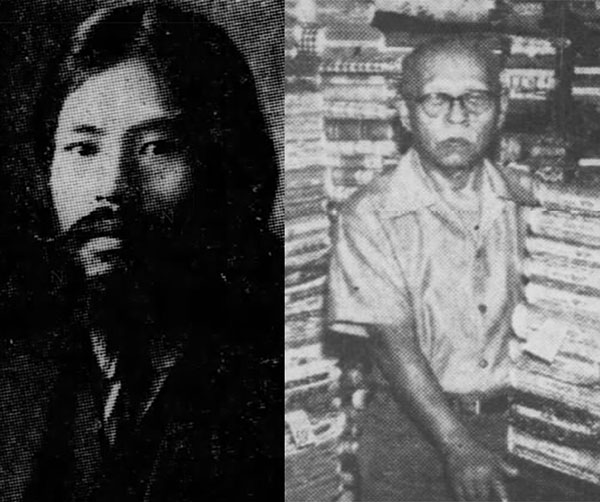 Takei Nekketsu (March 8, 1879 - April 22, 1961) (武居熱血) was a Japanese-Hawaiian merchant, photographer, editor, journalist, patent attorney, storyteller, and map maker based in Honolulu, Hawaii. Takei was born in Kudamatsu-shi, Yamaguchi-ken, Japan, the eldest son of a Sake manufacturer. Hailed as a child genius, he studied Chinese under Manumoto Sakyo at the Shoryu Temple, then at the Tokuyama Middle School. After the Sino Japanese War (1894 - 1895), Takei became fascinating with political and military events and began lecturing throughout Japan. Seeking greener pastures, he emigrated to Honolulu, Hawaii, arriving on December 15, 1903. With most Japanese in Hawaii at the time being poor uneducated cane farmers, the dashing, sophisticated, and highly educated Takei stood out, with trademark long hair, a large well-groomed mustache and beard, a black bower hat, and a frock coat. He continued lecturing among the Japanese diaspora in Hawaii, publicly asking such questions as 'Should Japan fight Russia?' and following up with 'This is the Way the Japanese Fought the Russians.' From about 1915, he owned a Kimono and dry goods shop, Takei Dry Goods, on the corner of River and Pauahi Streets, and later at 1319 Beretania St., then at 1423 S. King Street. During World War II he was briefly interred in California. Takei was well known to Hawaiian Japanese, among whom he traveled as a traditional storyteller and edgy political lecturer. While walking between plantations and Japanese-Hawaiian communities, he also produced uniquely historic documentary records of Japanese life in Hawaii through photographs and maps. These he compiled and published, often in Japan, emerging as the most prolific Hawaiian-Japanese writer of his time. When the first radio station KGU, launched Japanese programing, he signed up to tell his stories over the radio, a hobby he pursued for more than 10 years. He lived at 1414 Pickoe St., Honolulu and was a member of the Tenshō Kōtai Jingūkyō.