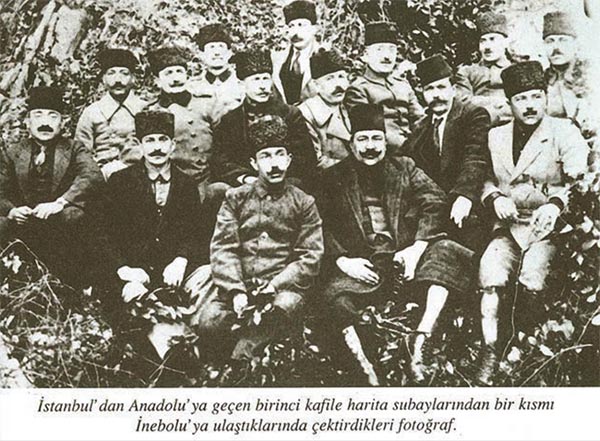 Türkiye Cumhuriyeti Harita Genel Müdürlüğü (April 12, 1921 - Present), the Turkish Republic General Directorate of Maps, was established when a group of 22 topographical officers relocated from Istanbul to Ankara to support Mustafa Kemal Atatürk's Turkish War of Independence (1919 - 1923). The officers immediately set to work mapping Ankara - from 1920 the revolution's home base - producing an important map that was not printed until 1924. The organization was initially headed by Brigadier General Mehmet Şevki, who joined the revolution in December of 1921. When the Ottoman Empire dissolved and the Turkish Republic formally established in Ankara, the organization was headquartered in Cebeci, Ankara, where it remains today. Today, the Harita Genel Müdürlüğü is an important branch of the Turkish government focused on civic and military cartography.