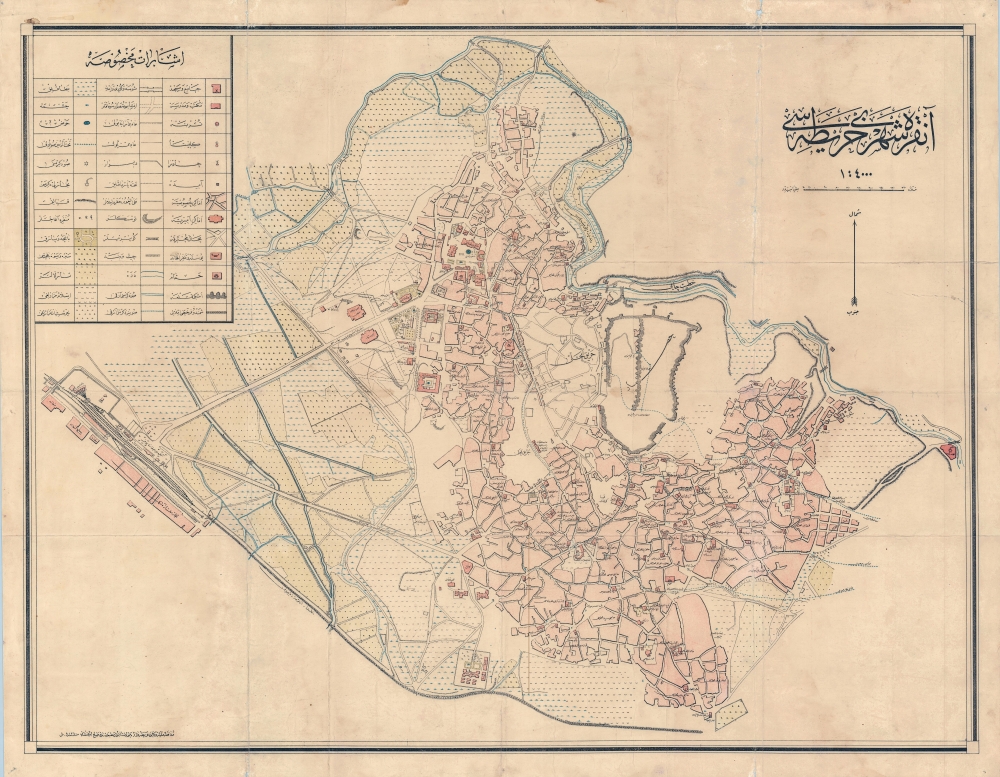 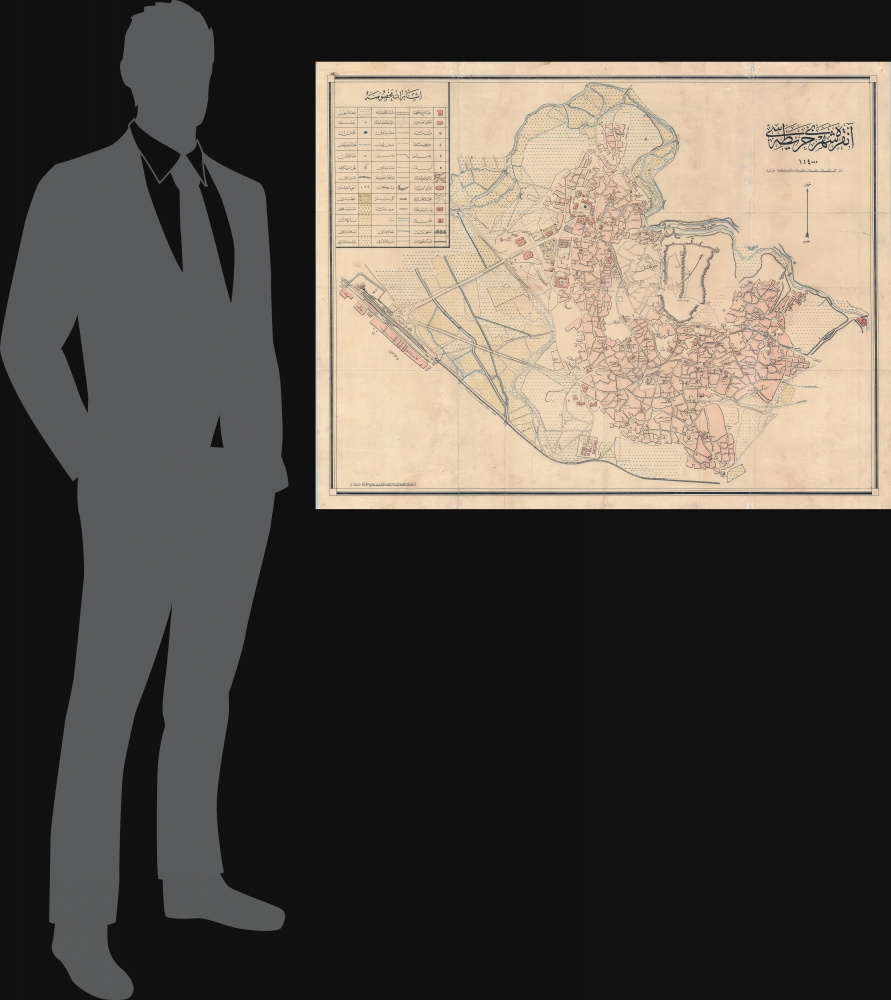 This is the first accurate topographical survey of Ankara, modern-day capital of Turkey, published by the T.C. Harita Genel Müdürlüğü (Turkish Republic General Directorate of Maps) in 1924 (Şevval 1340). The map emerged from military surveys during the Turkish War of Independence (1919 - 1923), conducted between roughly 1921 - 1922. As such, it is an invaluable record of Ankara before it was developed into the national capital. Printed entirely in Ottoman Turkish, coverage extends from Hatip and Çubuk Creeks in the north, to the Ankara-Erzurum Railway line and the German-constructed 1893 Ankara Train Station - then still well beyond the developed limits. Ankara Citadel appears on high ground just to the right of center. The map is highly detailed, with a key in the upper left indicating Muslim and Christian cemeteries, watercourses (both above and underground), public buildings, potable fountains, schools, hammams, mosques, churches, and more.

Ankara - Before it Was the Capital

This map marks the end of a long period of decline for Ankara. The city can trace its origins to the 2nd millennium B.C.E., but in truth, it was little more than a minor regional center for most of its long history. In the beginning of the 20th century, the Balkan Wars and World War I (1914 - 1918) drained much of Ankara's male population. Compounding matters, the Ankara Fire of 1916 destroyed the entire city west of the citadel, devastating the Christian and Jewish districts (here named Harik Mahalli, or 'Fire Place') and leading to a mass exodus.

Ankara's destiny changed in 1919. Following the Ottoman defeat in World War I, Istanbul was occupied by the Allies. The Turkish Nationalist Movement, under Kemal Atatürk, was forced to flee the city, moving deep into the Anatolian interior. Atatürk established the nationalist headquarters in Ankara in 1920, drawn by the city's central location and good road and railroad connections.

Shortly thereafter, in 1921, Atatürk commanded a team of surveyors to map the existing city - resulting in the present document, the first modern survey of Ankara. Due to Ankara being the center of the ongoing War of Independence, publication of the map was delayed until 1924, when the Ottoman Empire was dissolved, the Republic of Turkey established, and Ankara declared its capital. The elevation of Ankara to a national capital led to a population and development boom. Thus, no sooner had this map been published, than it was rendered obsolete. In the same year, 1924, the German civil engineer Carl Christoph Lörcher (1884 - 1966) was called to Ankara to complete a new city plan, incorporating planned development that dramatically expanded the urban footprint and laid the groundwork for modern Ankara. The present map is, nonetheless, the sole surviving significant cartographic record derived from modern survey techniques to illustrate Ankara before it became the Turkish capital.

This map was surveyed in 1921-22 under the orders of Mustafa Kemal Atatürk. It was published in 1924 (Şevval 1340) by the Türkiye Cumhuriyeti Harita Genel Müdürlüğü, the newly established official mapping agency of the Republic of Turkey. The map is printed entirely in Ottoman Turkish. Extremely rare. While the map is represented in several Turkish institutions, there is but a single record of the map outside of Turkey - at Harvard. This map has no recorded market history.

Türkiye Cumhuriyeti Harita Genel Müdürlüğü (April 12, 1921 - Present), the Turkish Republic General Directorate of Maps, was established when a group of 22 topographical officers relocated from Istanbul to Ankara to support Mustafa Kemal Atatürk's Turkish War of Independence (1919 - 1923). The officers immediately set to work mapping Ankara - from 1920 the revolution's home base - producing an important map that was not printed until 1924. The organization was initially headed by Brigadier General Mehmet Şevki, who joined the revolution in December of 1921. When the Ottoman Empire dissolved and the Turkish Republic formally established in Ankara, the organization was headquartered in Cebeci, Ankara, where it remains today. Today, the Harita Genel Müdürlüğü is an important branch of the Turkish government focused on civic and military cartography. Learn More...

Good. Some wear and staining. Laid down on old linen.