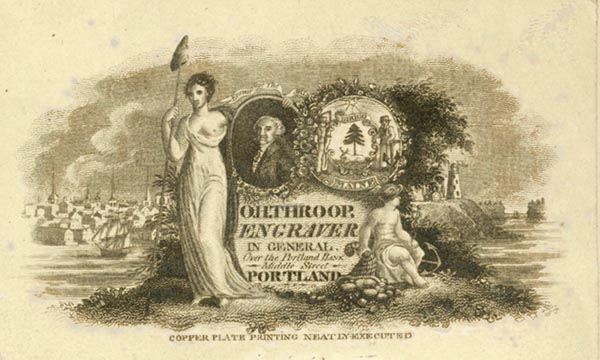 Orramel Hinckley Throop (June 12, 1798 - 1860) was an American engraver, silversmith, and painter active in New York, Portland, Maine, and New Orleans. Throop was born in Oxford, New York. He first attempted to establish himself in Portland, Maine, with is brother D. S. Throop, where he engraved maps, trade cards, banknotes, and certificates. He was connected with the Masonic Lodge there and much of his work came through the Masonic network. He moved New York around 1825 and had an office at 172 Broadway, and there engraved for several prominent publishers. In 1828 he painted a portrait of Andrew Jackson. The then relocated to New Orleans around 1831, and remained there until about 1834.