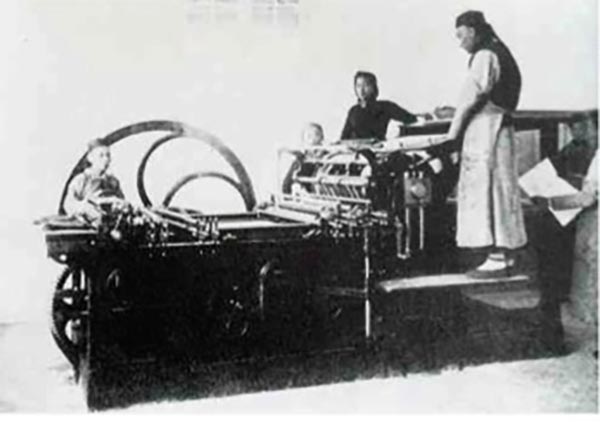 T'ou-sè-wè (fl. c. 1900 - 1939) or 土山湾 or Tushanwan was a Chinese orphanage, vocational school, printing house active in the Xujiahui District of Shanghai, China. It is considered to be the birthplace of modern Chinese creative arts. T'ou-Sè-Wè, as it was then pronounced was initially a Jesuit Orphanage located just southwest of the old French Concession. The Orphanage was founded in 1864 and specialized in teaching their orphan charges practical vocations such as carpentry, stained-glass work, painting, wood carving, and printing. As a Catholic mission, the work of the orphanage often went into newly build churches, church projects, and other church properties. The publishing work of the T'ou-sè-wè printing house included numerous works both in French and Chinese on history, geography, theology the natural sciences, language, and astronomy. Their works received accolade at world exhibitions in 1900, 1915, 1935 and 1939. The Jesuits were expelled from Shanghai in 1949 by Communist revolutionaries, but the orphanage did fully not close until 1960. Today the site of the former orphanage houses the Tushanwan Museum, opened in June of 2010.