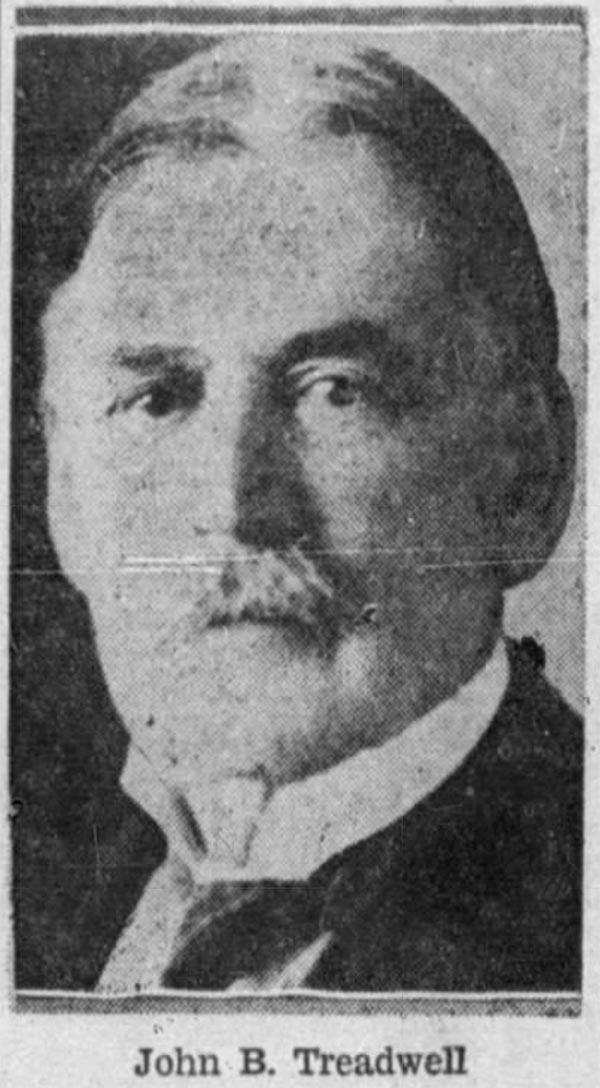 John B. Treadwell (April 13, 1846 - November 5, 1931) was an American surveyor, mapmaker, and civil engineer active in California during the second half of the 19th century. Treadwell was born in Garland, Maine and served as a drummer boy in the American Civil War. After the war he studied engineering and moved to California in 1873. By 1874 he was in charge of the Comstock Mine in Virginia City and befriended the four Comstock Lode millionaires known as the 'Bonanza Kings' and the California business tycoon Elias J. 'Lucky' Baldwin (1828 - 1909). In the 1880s he produced various surveys for the California surveyor general's office. He took part in the development of the Southern Pacific Railroad's oil reserves, influencing the switch from coal to oil to fuel locomotives. He is considered the first to pioneer offshore drilling and constructed the Treadwell Wash mines in Summerland, near Santa Barbara, California. Along with his brother, George Treadwell, he worked to develop the Jerome, Arizona copper district. He died in Glendale, California.

1876 Treadwell View and Map of the Comstock Mines, Nevada