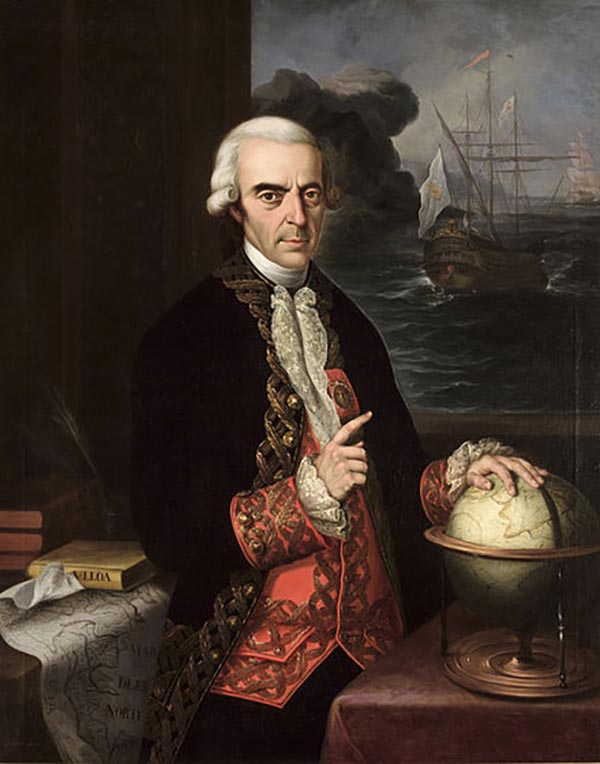 Antonio de Ulloa y de la Torre-Giral (January 12, 1716 – July 3, 1795) was a Spanish general of the navy, explorer, scientist, author, astronomer, colonial administrator and the first Spanish governor of Louisiana. He took part in the French Geodesic Mission in present-day Ecuador. During this expedition and in conjunction with his colleague Jorge Juan, he discovered the element platinum, and was the first person to write a scientific description of the new metal. In 1748 he published an account of the people and countries he had encountered during the French Geodesic Mission. He was a Fellow of the Royal Society and a foreign member of the Royal Swedish Academy of Sciences. He is credited with the establishment of the first museum of natural history, the first metallurgical laboratory in Spain, and the observatory of Cadiz.

1752 Ulloa and Juan Map of the Andes in Ecuador