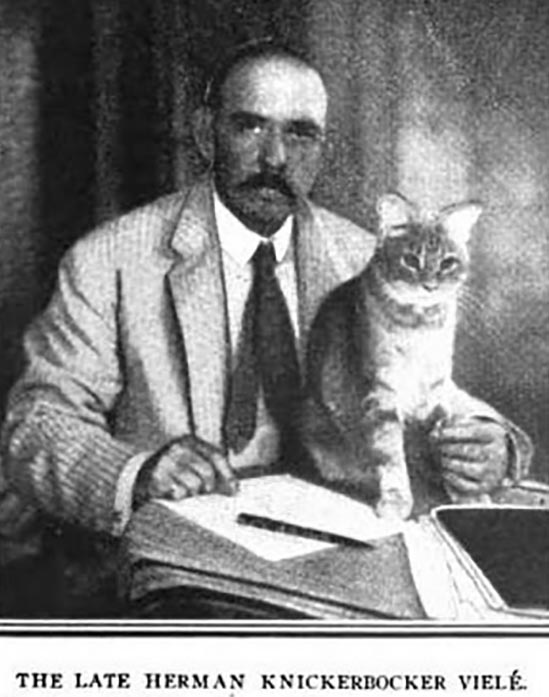 Herman Knickerbocker Vielé (January 31, 1856 - December 14, 1908) was an American surveyor, civil engineer, artist, novelist, playwright, and poet active in the late 19th and early 20th centuries. He was the son of the important 19th century New York civil engineer, mapmaker, and politician Egbert Ludovicus Vielé. Herman Vielé was initially trained to follow in his father's footsteps as a surveyor and civil engineer. His early employment history is vague, but he did work in Washington D.C. surveying subdivisions for real-estate developers. He actively lobbied for street extension work and the development of the Upper West Side in the late 1870s. In 1879 he testified to block the construction of the Brooklyn Bridge, which he rightly claimed could not be completed on the projected budget. In the 1890s he completed various surveys in Boston regarding the extension of Massachusetts Avenue. Despite his very active career as a Civil Engineer, Herman Vielé is best known as a writer and artist, authoring several books between 1901 and 1908. His most prominent work is The Last of the Knickerbockers, a comedic look at the Dutch heritage of New York. His final work, On the Lightship was published posthumously in 1909. He was marred in 1887 to Mary Warton of Philadelphia.