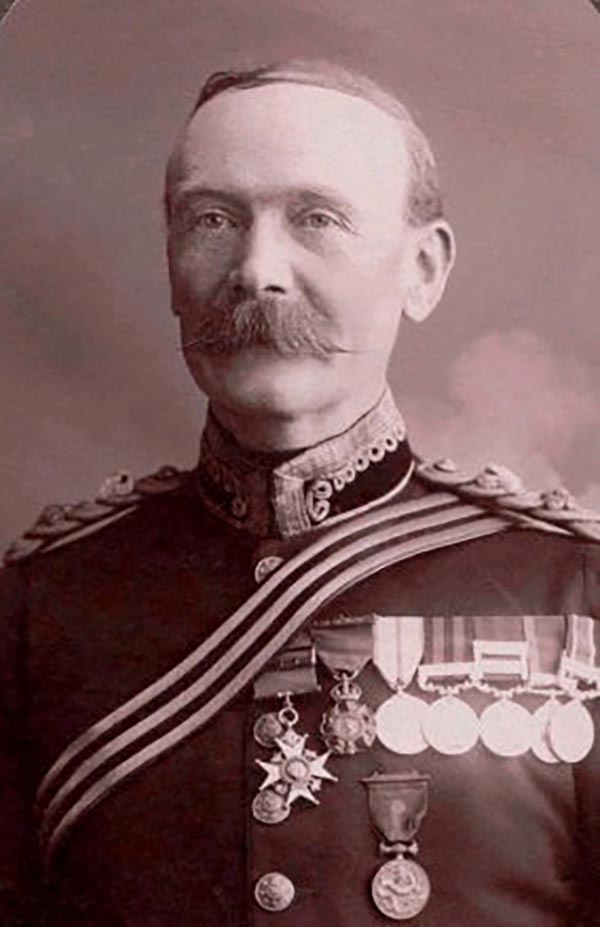 Laurence Austine Waddell (May 29, 1854 - 1938) was a Scottish explorer, Indian Army surgeon, Professor of Chemistry and Pathology, Professor of Tibetan, amateur archaeologist, and collector of Tibet. Some regard him as the real-life inspiration behind Indiana Jones. Waddell, born to Reverend Thomas Clement Waddell, a Doctor of Divinity at Glasgow University and Jean Chapman, earned his bachelor's degree in Medicine from Glasgow University before immediately entering graduate school and obtaining a Master's degree in both Surgery and Chemistry from Glasgow University in 1878. After graduating, Waddell found a job as a resident surgeon near Glasgow University and was President of Glasgow University's Medical Society. He joined the British Indian Army in 1880 and served as a medical officer in the Indian Medical Service and was subsequently stationed in India, Tibet, China, and Burma. By 1881 Waddell was a Professor of Chemistry and Pathology at the Medical College in Kolkata, a position he held for six years. He also taught himself Sanskrit while serving in India, edited the Indian Medical Gazette, and became Assistant Sanitary Commissioner. Waddell took part in the 1885 - 1887 British expedition that annexed Upper Burma after defeating Thibaw Min. He returned to India in 1887 and was stationed in the Darjeeling district, where he was named Principal Medical Officer in 1888. During his time in India he published essays on medicine and zoology, and established that Agam Kuantans in Patna was part of Ashoka's Hell. He earned a doctorate in law in 1895. While stations in Darjeeling, Waddell learned Tibet and even secretly visited Tibet several times while in disguise. He served in China during the Boxer Rebellion (1898 - 1901) and was part oof the Relief of Peking in 1900. During the 1903 - 1904 British Invasion of Tibet led by Colonel Sir Francis Edward Younghusband, Waddell served as the cultural consultant and was considered one of the foremost authorities on Tibet and Tibetan Buddhism. In his spare time, Waddell studied archaeology and ethnology. Because of his decades-long fascination with Buddhism, Waddell became a specialist in Buddhist antiquities and an avid collector of them. He returned to England around 1905 and was Professor of Tibetan at the University College of London from 1906 until 1908. Waddell retired in 1917, and devoted himself to writing about Aryans. During the 1920s, Waddell's 'scholarship' attempted to prove Aryan origin of the alphabet, as well as the appearance of Indo-European myth figures in ancient Near Eastern mythologies.