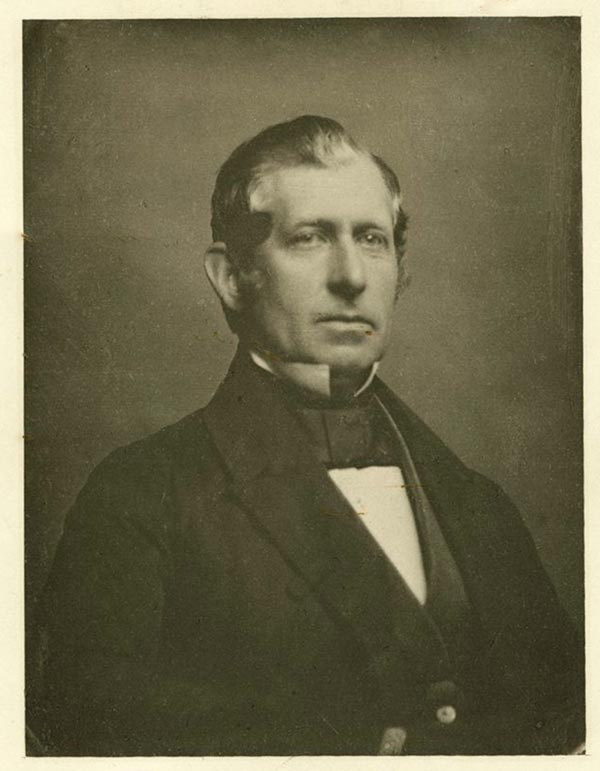 Edmund Burke Whitman (October 18, 1812 - September 2, 1883) was an American military officer, real estate speculator, and quartermaster active in the middle part of the 19th century. Whitman was bornin East Bridgewater, Massachusetts. He attended Phillips Exeter Academy followed by Harvard, from which he graduated in 1838. In 1855 he emigrated to Lawrence, Kansas with his family, who were ardent abolitionists and actively fought against pro-Slavery interests during the 'Bloody Kansas' period. In 1856, he partnered with fellow Lawrence pioneer Albert D. Searle (1831 - 1902) to establish a land agent and emigrant firm to encourage anti-slavery settlers to settle in Kansas. In conjunction with this effort he published an important 1856 map of Eastern Kansas. During the American Civil War (1861 - 1865), he served as a quartermaster with the Union Army and after the war as the Superintendent of National Cemeteries where he worked with more the United States Colored Troops (USCT) to recover the remains of more than 100,000 fallen Union casualties from the southern theaters.