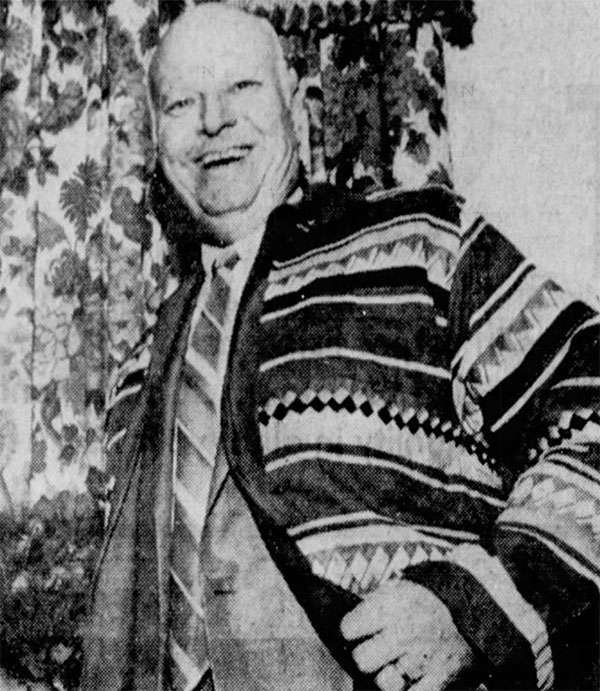 Rupert Royce 'Rube' Allyn (July 6, 1902 - July 13, 1968) was a Florida-based journalist, outdoorsman, and publisher. Allyn's father, William James 'Rube' Allyn (1866 - 1947), a Canadian-Irish 'snowbird', was a Florida legend. He arrived in Sarasota a humorist and a vaudevillian, turned into a local celebrity and newspaperman, was accused but never tried of murdering his long-time rival Harry Higel, three-term mayor of Sarasota, and died a Florida hermit. The younger 'Rube' was born in Beloit, Iowa but soon move to Sarasota with his father. The elder published The Florida Fisherman, which may have inspired the Royce 'Rube' to become a fishing journalist. He graduated from Sarasota High School then went on to a degree in journalism from the University of Minnesota. Graduating, he relocated to St. Petersburg where he worked as a printer and reporter. He was known for flamboyant prose the captured the romance and adventure of Florida offshore fishing. During the Great Depression he operated a St. Petersburg shark fishing company, but this enterprise came to an end when a 12-foot bull shark ate his tiny homemade boat (Jaws anyone?). During World War II, he served in the Navy in the submarine corps. In 1958, He founded the Great Outdoors Association, which published fishing guides, maps, and other outdoor life ephemera. Rube continued to publish unit his death.