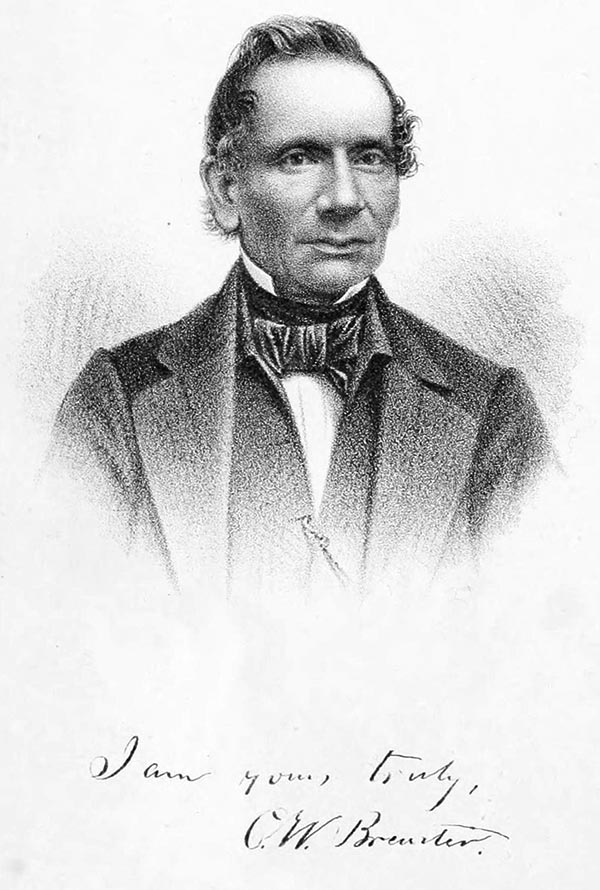 Charles Warren Brewster (September 13, 1802 – August 3, 1868) was a Portsmouth, New Hampshire, based printer and writer active in the first half of the 19th century. Brewster was born in a distinguished New Hampshire family and can trace his ancestry to Elder William Brewster, a passenger on the Mayflower. As a young man, Brewster apprenticed in the offices of the Portsmouth Journal. He took over the journal in 1838 and continued to publish the paper for more than 50 years. Brewster served several terms as a Whig in the New Hampshire Legislature and was a participant in the 1850 – 1851 New Hampshire State Constitutional Convention. Brewster's most influential work is his volume of local character sketches, Rambles About Portsmouth.