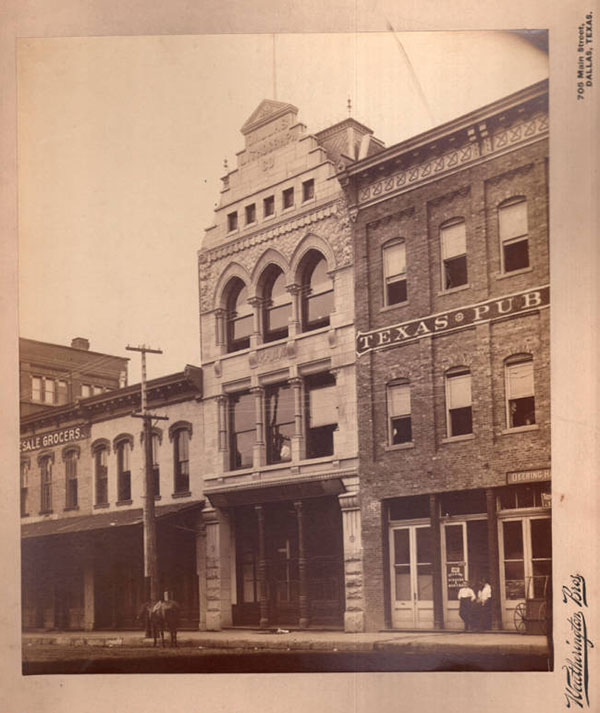 Dallas Lithograph Company (1883 - 1901) was a commercial lithography and chromolithography firm active in Dallas, Texas in the late 19th century. When founded in 1883 or 1884, it was the first lithographic press in Dallas. The founders were Isaac Monteaux, J. Booker, Nate Starke, and Thomas L Townsend (1851 - 19??). The company incorporated in 1885. They were early adaptors to the Steam Lithographic Press, capable of issuing large-scale lithographs in color and quantity. In 1890 they build an impressive three-story building at 176 Elm Street. In 1901 the firm was acquired by the Exline Printing Company.