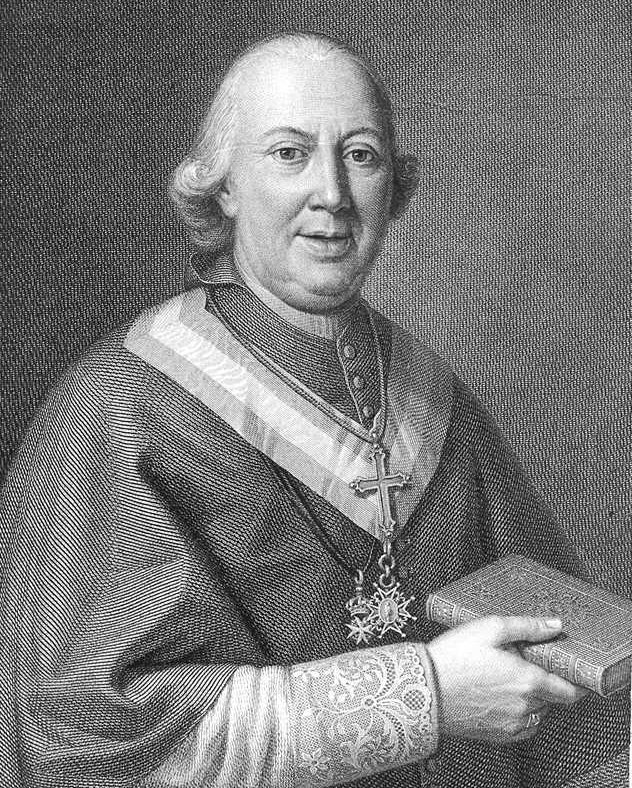 Antonio Despuig y Dameto (March 30, 1745 - May 2, 1813) was a Spanish archbishop and cardinal. Despuig was born in Palma de Mallorca in the Ca'n Montenegro, the third of eight children of Ramón Despuig Cotoner, 3rd Count of Montenegro and 5th Earl of Montoro, and his wife Maria Dameto and Sant Martí Sureda, of Catalan Bellpuig marquesal house. As a youth he was tutored privately, but eventually entered the Jesuit Colegio Montesión Palma, graduating in 1760. He received his tonsured at Palma Cathedral in 1764. In 1768 he received minor orders, became a deacon in 1771, and underwent priestly ordination in 1774. He became Canon of the Cathedral of Palma de Mallorca, and in this position traveled extensively throughout Europe. Continuing his in Mallorca, at the Estudi General Lul·lià (Universidad Luliana), receiving a doctorate in 1779. Between 1773 and 1785, he was the rector of the Estudi General Lul·lià. During this time he amassed a cartographic collection related to the island of Mallorca. In 1795 he was named was Archbishop of Seville (1795 -1799) and Latin Patriarch of Antioch (1799 - 1813). He was made a cardinal by Pope Pius VII and died in Lucca in 1813.