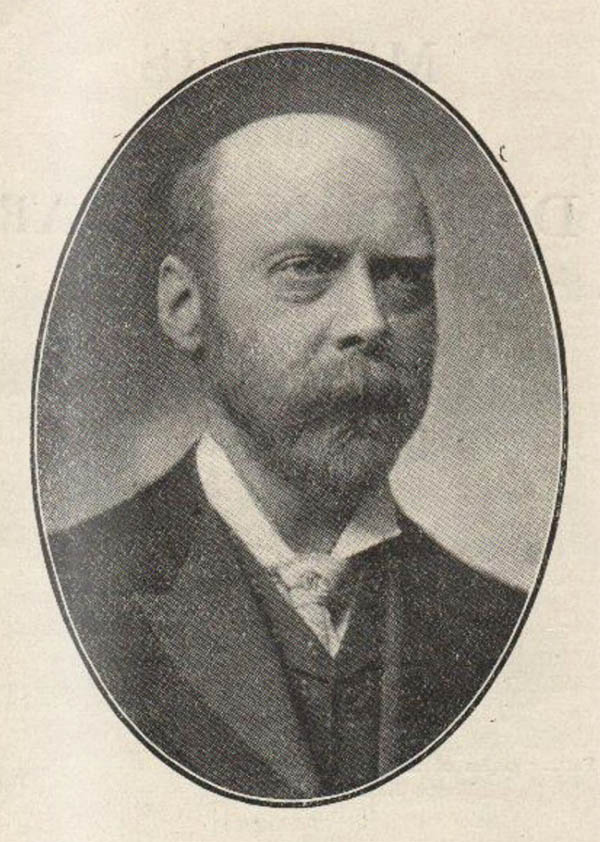 John Edgar (April 12, 1862 - June 9, 1910) was a Scottish surgeon, amateur archeologist, and pyramidologist active in the first half of the 20th century. John was born in Cathcart, Glasgow, Scotland. He was educated at the Langside Private Academy and took degrease in medicine at Glasgow University. He subsequently dedicated himself to midwifery and gynecology, becoming a known expert in these fields. For our purposes, John, along with his brother Morton Edgar (1884 - 1950), were students and promoters of the pyramidologist Charles Taze Russell (1852 - 1916), who advocated the theory that the Great Pyramid was a 'Bible in Stone' - essentially a mystical artifact deeply connected to the End of Days and the events predicted in Revelations. John Edgar died in 1910, just as the book on pyramidology he wrote with his brother went to press. Morton went on to become a full-time public speaker promoting the pyramidology theories of the Edgar brothers.