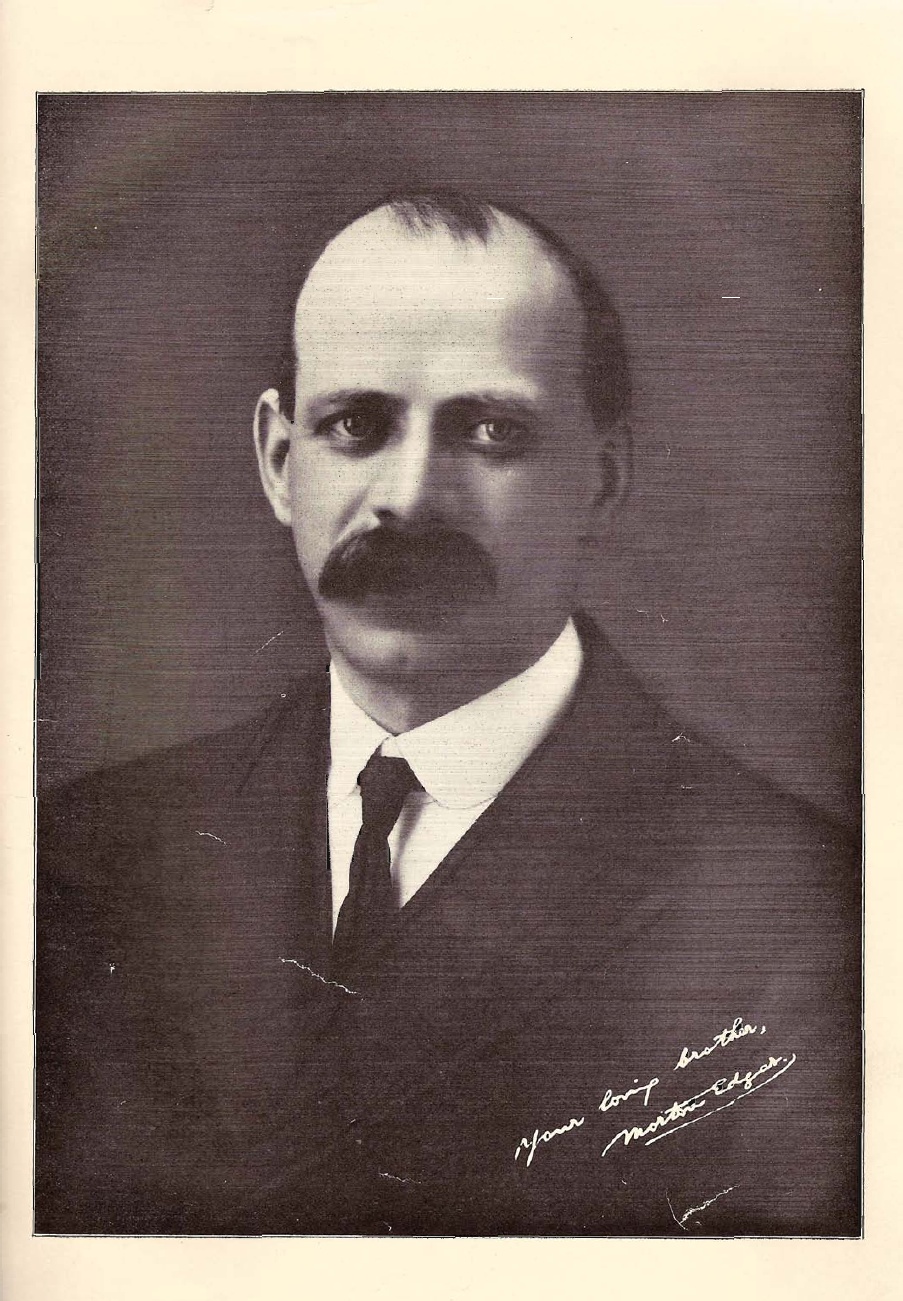 Morton Edgar (June 28, 1884 - February 6, 1950) was a Scottish amateur archeologist, and pyramidologist active in first half of the 20th century. Morton, along with his brother John Edgar (1862 - 1812), was a student of the pyramidologist Charles Taze Russell (1852 - 1916), who advocated the theory that the Great Pyramid was a 'Bible in Stone' - essentially a mystical artifact deeply connected to the End of Days and the events predicted in Revelations. John Edgar died in 1910, just as the book on pyramidology the brothers wrote together went to press. Morton went on to become a full-time public speaker, traveling extensively in Europe and the United States, promoting the pyramidology theories of the Edgar brothers.