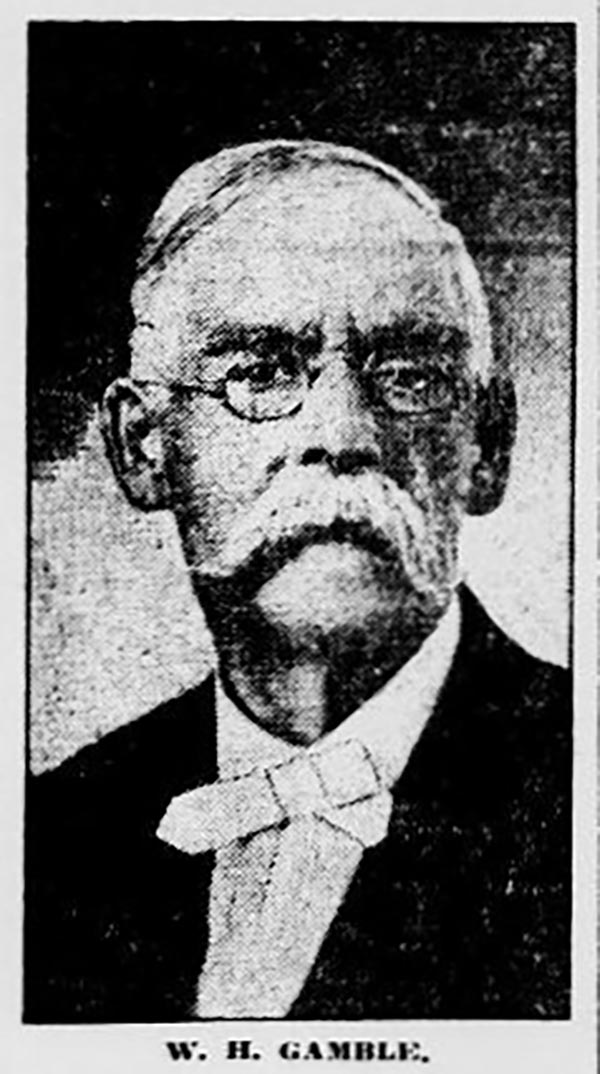 William Henry Gamble (November 4, 1835/6 - September 16, 1921) was a topographical engineer, map engraver, and publisher active in Philadelphia during the second half of the 19th century and in Washington D.C. during the early 20th century. Gamble was born in Philadelphia. It is unclear where he received his training as an engraver, but most of his work is associated with the firm of William Augustus Mitchell Jr. In 1895, he relocated to Washington D. C. to engrave for the U.S. Geological Survey and remained active with that institution until his death, at 85. His obituary claims that, at the time, he was the oldest active government employee. In the 1860s his offices were at 29 South 6th Street, and by the 1870s, at 814 N. 12th Street. He maintained this address until relocating to Washington D. C. to take work with the Geological Survey. In Washington D.C. he lived at 1329 Gallatin Street.