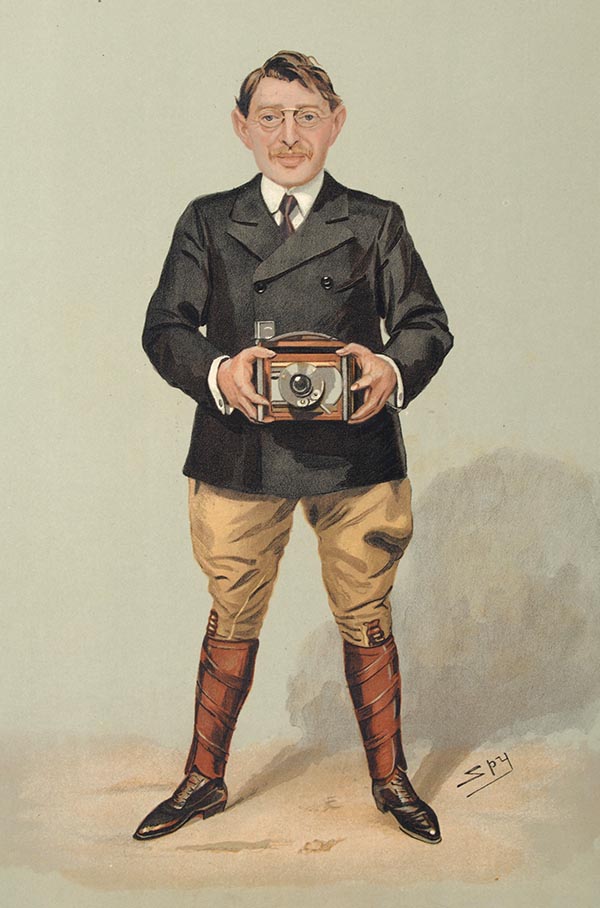 Charles Sydney Goldman (Goldmann) (April 28, 1868 - April 7, 1958) was British adventurer, businessman, author, journals, and politician primarily active in South Africa during the early late 19th and early 20th century. Goldman was a German Jew was born in the Cape Colony. He spent his early years in Germany, before moving to England and, ultimately, returning to the Cape Colony, where became extremely wealthy during the 1886 Witwatersrand Gold Rush. During the Boer War he enlisted as a Major and worked with Winston Churchill as a war correspondent for the Standard. After the First Boer War he focused on developing the gold resources of the Witwatersrand Ridge, preparing a highly detailed map of the region, illustrating gold claims, which was published in Paris in 1895. During the Second Boer War he was a special correspondent with Sir Redvers Buller in Natal and later with Lord Roberts on the South African Campaign. Also during the war, he married Agnes Mary Peel (1869–1959), a daughter of 1st Viscount Peel. After the British takeover of the Transvaal at the end of the Second Boer War, Goldman returned to England where he purchased The Outlook, a weekly sporting magazine, which he leveraged to garner political influence. In 1910, furthering his political ambitions, he ran for Parliament, taking the Penryn and Falmouth seat in a general election as a Unionist. During World War I he served as a major in the Cornwall Royal Garrison Artillery. Following the war, his Parliament seat was abolished and he again began to look to the colonies. In 1919, Goldman used part of his gold-mining fortune to purchase a vast tracking of land in British Columbia's Nicola Valley, which he named Nicola Stock Farm. He again returned to England living for a time at Trefusis House, in Falmouth, until roughly 1929, when he retired to the Jacobean estate of Yaverland Manor on the Isle of Wight. After a long and exciting life, Goldman died in British Columbia in 1958.