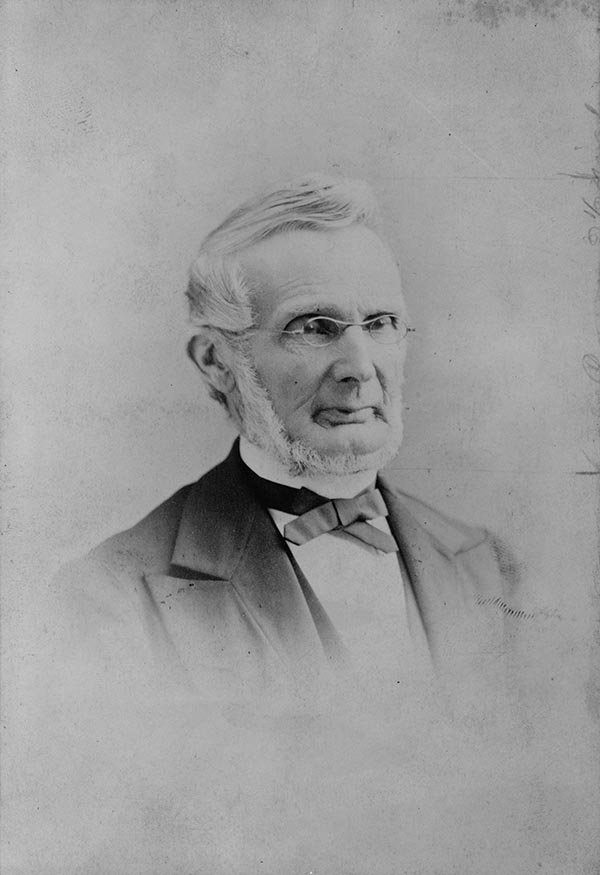 Arnold Henry Guyot (September 28, 1807 - February 8, 1884) was a Swiss-American geologist and geographer. Though he intended to join the ministry, during his education he became familiar with the natural sciences, working with close friend Louis Agassiz and forming a connection with von Humboldt. At Agassiz’ urging he studied glaciers in the Swiss Alps, and presented to the Geological Society of France what would be the first important data on glacial motion. He became professor of history and geography at the College of Neuchâtel. On its closing, he emigrated to the United States with his mother, sister and nephew, the draftsman Ernest Sandoz. There he would become a lecturer, first at the Lowell Institute, and later as a professor of geography and geology at Princeton. During his professorship he worked for the Smithsonian Institution in order to develop a national meteorological system, which would result in the formation of the United States Weather Bureau. He was accompanied in his emigration by his produced a number of text books, as well as a series of educational wall maps. Guyot produced maps in conjunction with his nephew from about 1857 to 1881. His work with Sandoz included the first detailed maps of the Catskills and the Southern Appalachians.