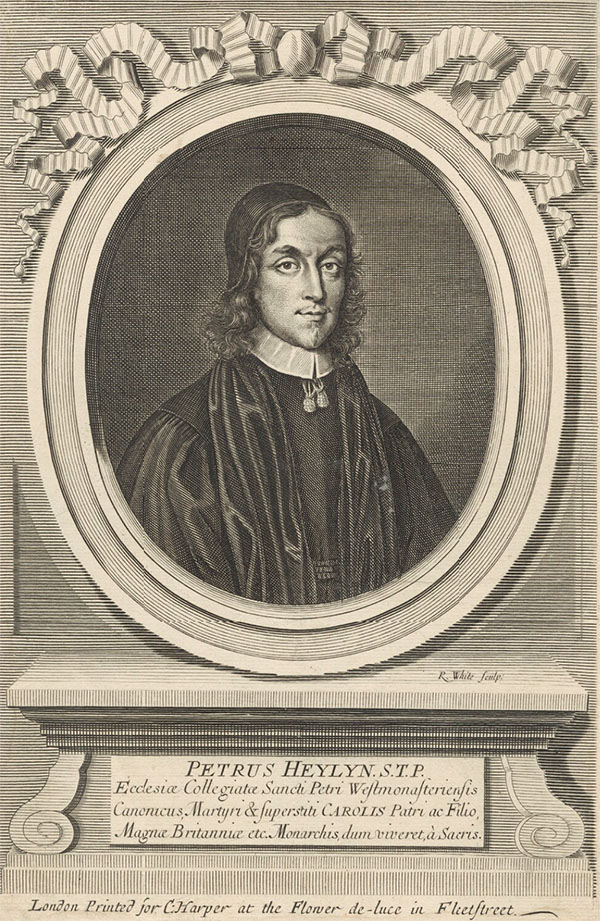 Peter Heylyn (November 29, 1599 - May 8 1662) was an English religious polemicist and historian, known for having incorporated his political concepts into his geographical works Microcosmus (1621) Cosmography (1657). He was born in Oxfordshire, and eventually would graduate from Magdalen College, Oxford, on 19 January 1616, at the age of 16. Later he became a lecturer on historical geography at Magdalen, earning his masters' in 1620. He became well known as a controversialist, and as an outspoken preacher. A clerical follower of Charles I, he would suffer setbacks under the Commonwealth following the execution of the King. Nevertheless he remained a prolific writer and an acrimonious controversialist against the Puritans. In addition to this, he followed in the footsteps of earlier geographers in writing his own 'Cosmography,' an attempt to describe in meticulous detail every aspect of the known world. This work would prove popular enough to be produced posthumously in seven editions.