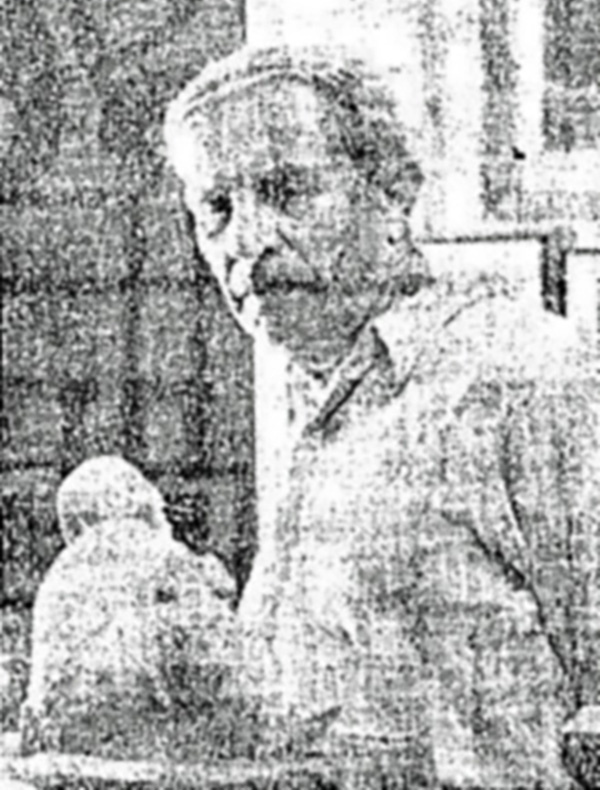 Michael Kara (מיכאל קָארָה; September 3, 1887 - February 13, 1964) was a Ukrainian-Israeli sculptor, painter, and graphic designer. Kara was born in Berezhany, then part of Austria, now part of the Ternopil Oblast, Ukraine. When he was 16, his father, an officer in the Austro-Hungarian army, was redeployed to Budapest. There the local Jewish community recognized his artistic talents and supported him at the Budapest Royal Academy of Arts. In 1905, he won the academy's first price for a self-portrait. Receiving a Royal scholarship, he continued his studies at the Florence Academy of the Arts. Returning to Budapest in 1913, he was a professor of art to 1919. In 1919, he participated in the communist revolution of Béla Kun, helping to establish the ephemeral Hungarian Soviet Republic. When the republic collapsed, 113 days later, he was sentenced to death, but managed to escape to Romania. In 1922, he became the court artist to King Ferdinand I of Romania. After Ferdinand I died, he relocated to Yugoslavia, setting in modern-day Novi Sad, Serbia, where many of his sculptures still stand. When the Balkans fell into instability he moved to Italy, settling in Milan in 1936. When the fascists came to power and anti-Jewish sentiment began to rise, he fled to the mountains of norther Italy, where he joined anti-fascists partisan groups. After the World War II (1939 - 1945), he relocated to Eretz, Israel to live with his son, who moved there about 7 years prior. Kara became a leading figure in the developing a distinctive Israeli art movement. His work was widely exhibited throughout Israel and highly regarded fort both its technical talent and meaningful imagery. Kara died of a heart attack in February 1964, in the 77th year of his life, a few days before his trip to the United States for the opening of an exhibition of his work in Los Angeles. He is buried in the Kiryat Shaul cemetery.