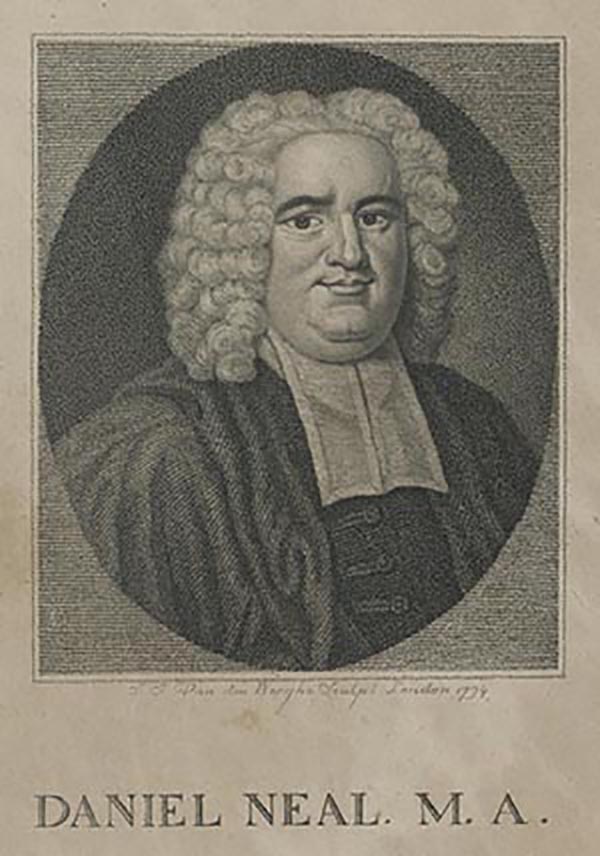 Daniel Neal (December 14, 1678 – April 4, 1743) was an English historian. Born in London, he was educated at the Merchant Taylors' School, and at the universities of Utrecht and Leiden. In 1704 he became assistant minister, and in 1706 sole minister, of an independent congregation worshipping in Aldersgate Street, and afterwards in Jewin Street, London, where he remained almost until his death. He married Elizabeth Lardner (d. 1748), by whom he had one son, Nathanael, and two daughters. In 1720 Neal published his History of New England, which obtained for its author, in the following year, the honorary degree of MA from Harvard.