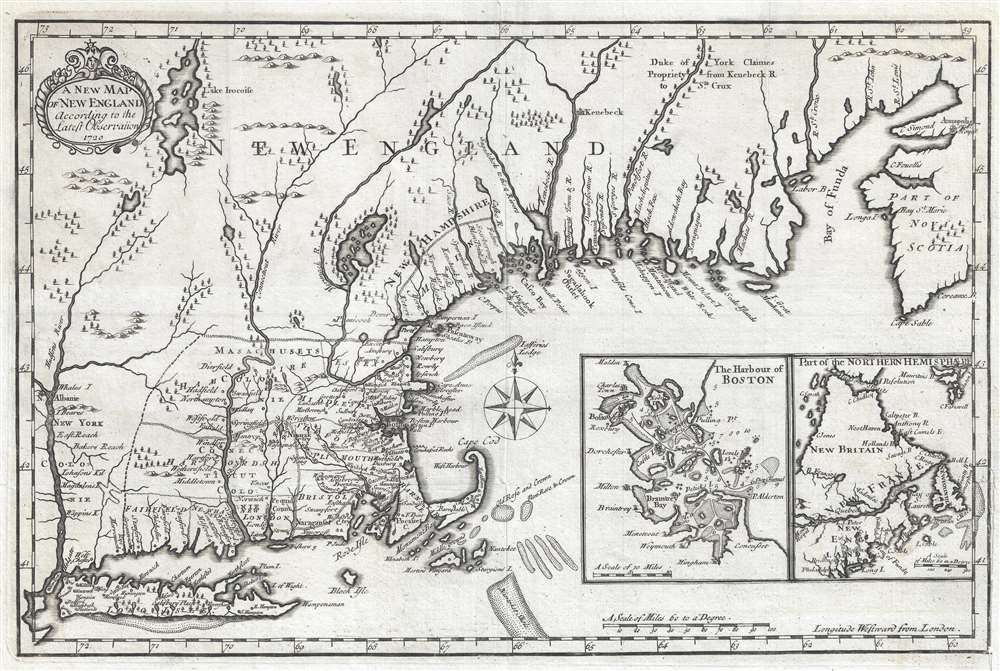 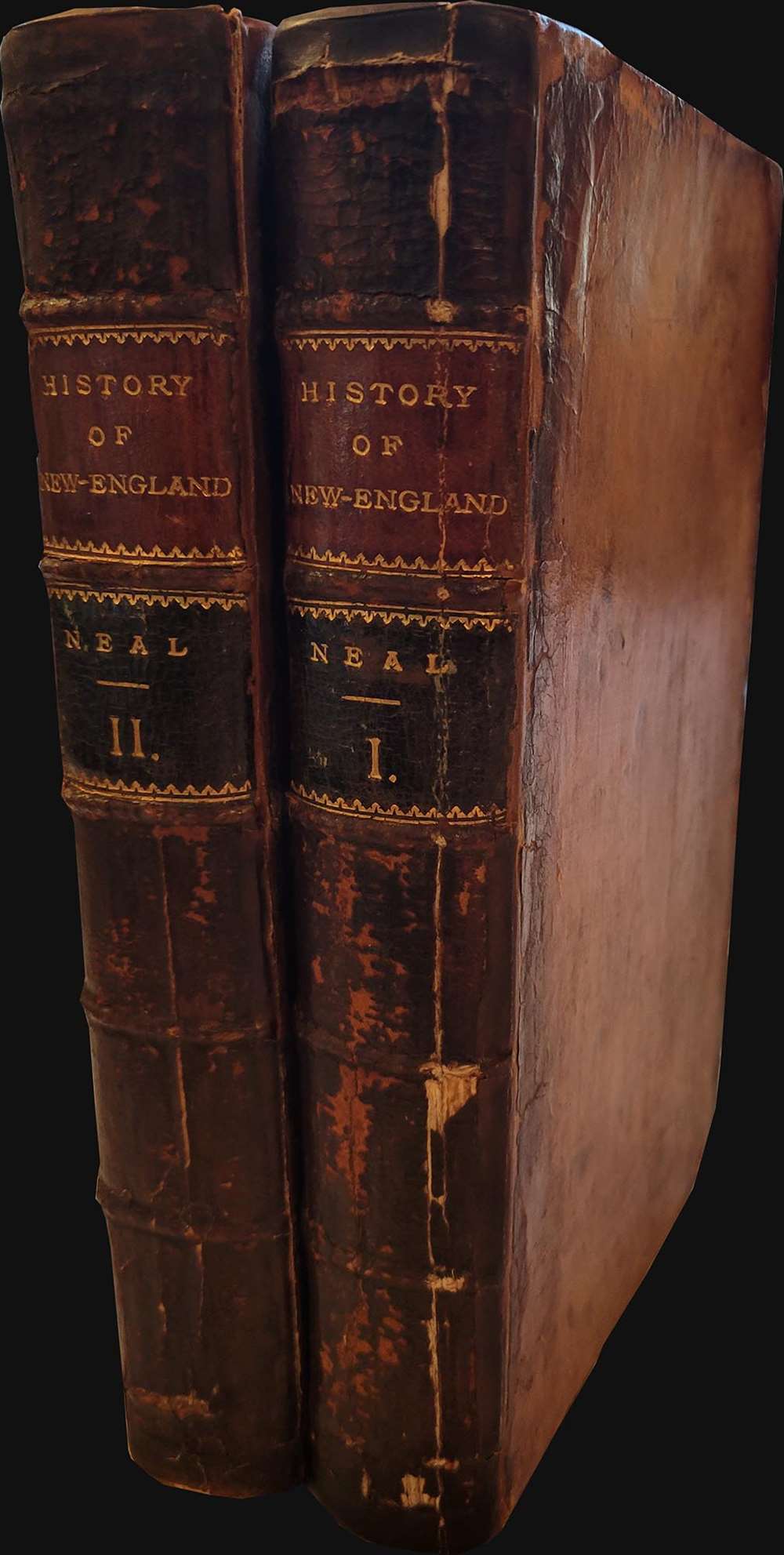 This is Daniel Neal's 1720 map of New England, an artifact of great importance and scarcity. Centered on the colony of Massachusetts, Neal's map ranges from the Hudson River and New York City east to Nova Scotia, extending north to Lake Champlain (Lake Iroquois) and south to Long Island and the Nantucket Shoals. Two inset maps in the lower right detail Boston Harbor (with depth soundings in fathoms) and Labrador as far north as Hudson Strait. Although Neal's sources are unknown, the map overall presents a sophisticated panorama of the region.

The heart of the map, the Connecticut and Massachusetts Colonies, features the densest cartography with detailed labeling throughout. The cartographer offers a surprisingly modern border configuration between Massachusetts, Connecticut, and Rhode Island. To the west there is a clearly defined western border with New York. Plymouth, which had been annexed in 1691, is properly integrated. The border with Rhode Island runs to the south of Bristol County.

In other parts of the map Lake Champlain and Lake George are clearly distinguishable. As is Lake Winnipesauke in modern day New Hampshire. Long Island is well delineated with several communities, including East Hampton, South Hampton, and Shelter Island clearly noted. Along the Penobscot River, Maine, there is a note that reads 'Duke of York Claims Propriety from Kenebeck River to St. Crux.'

Included With The Map

This map is accompanied by the 1747 second edition of Neal's two volume History of New-England in which it was contained. Both volumes are in very good condition. Howes notes that Neal chiefly based his book on Mather's Marginalia and Oldmixon's British Empire in America. This work was so well received in the colonies, that Neal was awarded an honorary degree from Harvard University in 1721. Learned notes:

[Neal's] work was superior to anything of the kind that preceded it. His attitude is that of one who wishes to remain impartial. He deals chiefly with political, religious, and military questions, but has an interesting chapter, largely condensed from Josselyn, describing the state of New England; and he has paid some attention to legislative history. His style is often sprightly and he displays a sense of humor. For some aspects of the revolution of 1688- 1689 his work is still useful.

This map was created for and published by Daniel Neal in his 1720 History of New-England. The separate map is not cataloged in OCLC and we note only nine examples of the book cataloged in OCLC.

Daniel Neal (December 14, 1678 – April 4, 1743) was an English historian. Born in London, he was educated at the Merchant Taylors' School, and at the universities of Utrecht and Leiden. In 1704 he became assistant minister, and in 1706 sole minister, of an independent congregation worshipping in Aldersgate Street, and afterwards in Jewin Street, London, where he remained almost until his death. He married Elizabeth Lardner (d. 1748), by whom he had one son, Nathanael, and two daughters. In 1720 Neal published his History of New England, which obtained for its author, in the following year, the honorary degree of MA from Harvard. Learn More...