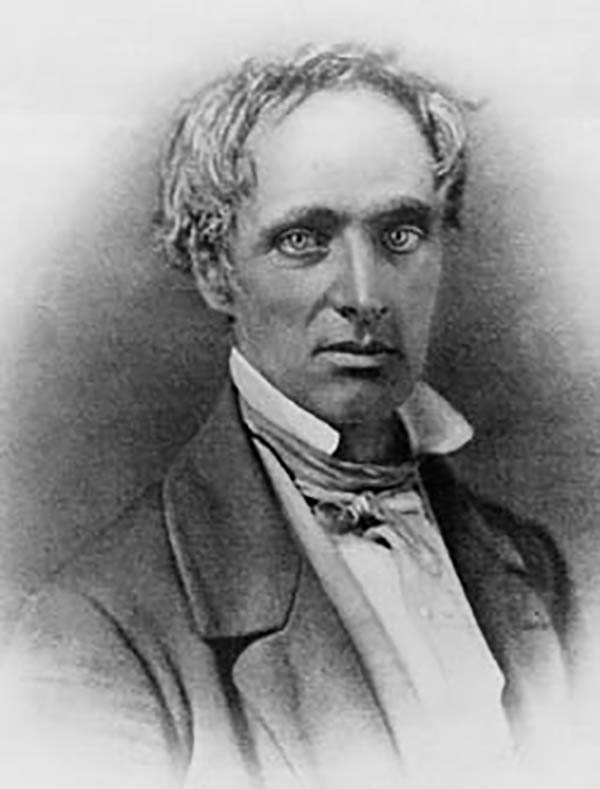 David Dale Owen (1807 – 1860) was a prominent American geologist, who conducted the first geological surveys of Indiana, Kentucky, and Arkansas. The third son of Robert Owen, a Welsh reformer who moved to the United States and established a social experiment at New Harmony, Indiana, likely that David Dale became interested in geology because of his father's partnership with geologist William Maclure. His first geological work was as an assistant mapping the geology of Tennessee, in 1836. In 1837, he was appointed the first Geologist for the State of Indiana, and later worked as the State Geologist of Kentucky in 1854-1857; he was appointed State Geologist of Arkansas in 1857, continuing as the Kentucky geologist without pay. He returned to Indiana as State Geologist in 1859-1860. While in Arkansas, David Dale Owen drew the first known picture of a natural rock formation in Natural Steps, Arkansas.