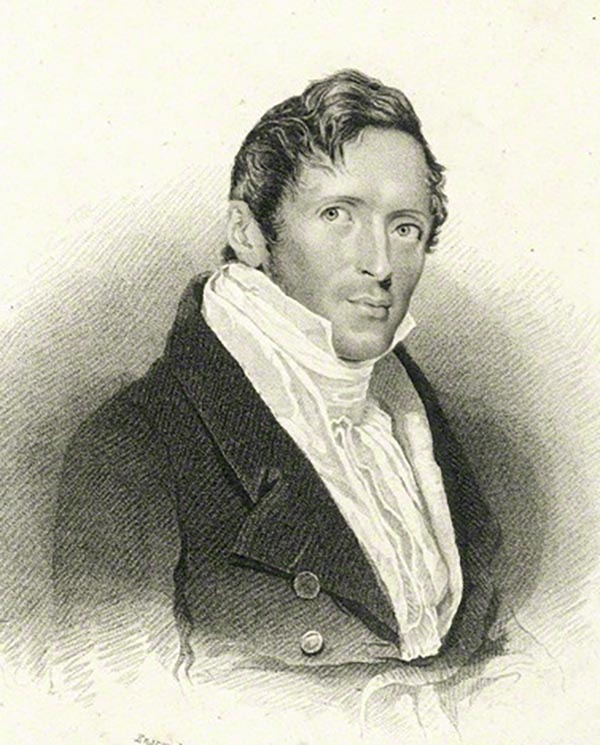 Sir Thomas Stamford Bingley Raffles (July 5, 1781 - July 5, 1826) was a British statesman best known for founding modern Singapore and British Malaya. Born aboard the ship Ann off Port Morant, Jamaica, Raffles was educated at a boarding school. He began working as a clerk for the British East India Company in London in 1795 at the age of fourteen. He married Olivia Mariamne Devenish, a widow ten years his senior at the age of twenty-three in 1804. The following year he was sent to Prince of Wales Island, Malaya as assistant secretary to the Honourable Philip Dundas, the new Governor of Penang. He soon was sent to Malacca because of his knowledge of the Malay language. Raffles mounted an expedition against Dutch and French Java in 1811, after the French annexation of the Kingdom of Holland during the Napoleonic Wars. After only forty-five days, the British controlled Java, and Raffles was named Lieutenant-Governor of the Dutch East Indies even before the fighting was over. While in control on Java, Raffles led a few military expeditions against Javanese princes, the most significant of which was the assault on Yogyakarta. Raffles also was responsible for the systematic cataloguing of ancient monuments around Java. Also during his time in Java, the first detailed English-language account of Prambanan, a 9th century Hindu temple compound near Yogyakarta, was written by Colin Mackenzie and H.C. Cornelius surveyed Borobudur, a 9th century Mahayana Buddhist temple, and also cleared it of vegetation. It was also during his time on Java that his wife Olivia died, on November 26, 1814. Not long after he death Raffles was removed as Lieutenant-Governor by the East India Company in preparation for Java's return to the Dutch. He returned to England later that year and did not return to the East Indies until 1818. During his time in England, Raffles wrote The History of Java, which was published in 1817 was described the history of the island from ancient times along with its flora, fauna, and geography. Raffles also married his second wife, Sophia Hull, while in England, on February 22, 1817. Upon his return to the East Indies, he became the Lieutenant-Governor of Bencoolen, a relative colonial backwater with pepper as its only major export. During this time Raffles became convinced that the British needed a stronger position in Malaya and began searching for an appropriate location. After several expeditions by him and people on his staff, Raffles settled on the island of Singapura. After much wrangling with the local chiefs, much of the time it was not exactly clear who was in charge, and a challenge from the Dutch who controlled Java and most of Sumatra, Raffles secured treaties to establish the colony that is would become modern-day Singapore. Unfortunately for Raffles, he never got to spend more than eight months at a time in his new, and rapidly-growing, colony, as he was still the Lieutenant-Governor of Bencoolen and was extremely interested in establishing a British presence at Achin on Sumatra. By 1820, Raffles had returned to living at Bencoolen full-time, but suffered the tragic death of three of his children to disease in less than a year. It is unclear how Raffles lost his position in Bencoolen, if he resigned or was replaced, but he, his wife, and only surviving child went to Singapore in 1822 and stayed for eight months, the most time he ever spent there. Raffles and his family left Singapore in February 1824 aboard the East Indiaman Fame, but the ship caught fire and sank. Thankfully, everyone survived, but all of Raffles' papers and drawings were lost. Raffles finally returned home to England in August 1824 in very poor health, and returned to one of his other great talents, botany and zoology. He was one of the founders and the first president of the Zoological Society of London and the London Zoo. Raffles died, at Highwood, his country estate, on July 5, 1826 of apoplexy.