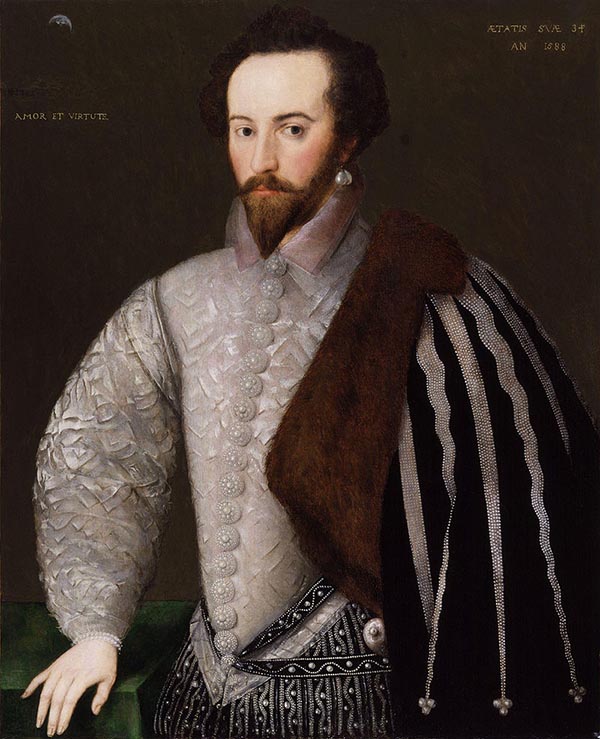 Walter Raleigh (1554 - October 28, 1618) was an English aristocrat, writer, poet, soldier, courtier, spy, and explorer. A true renaissance man, Raleigh can be said to have embodied the optimism, energy, and possibilities of the Elizabethan era. His impact on global history is difficult to overestimate and too significant to describe here. Among other things, Raleigh popularized Tobacco in Europe, was instrumental in the English colonization of North America (Roanoke), and stoked the legend of "El Dorado". Raleigh's legendary act of laying down his cape such that Queen Elizabeth did not have to walk through mud has made him a byword for renaissance Chivalry. Throughout his life Raleigh fell into and out of Royal favor. His last falling out, over Raleigh's reckless attack on the Spanish fort of San Tome on the Orinoco River, lead to the vindictive Spanish ambassador insisting that King James carry out Raleigh's death sentence. Apparently Raleigh's last words were to the headsman, "Strike, man strike!"