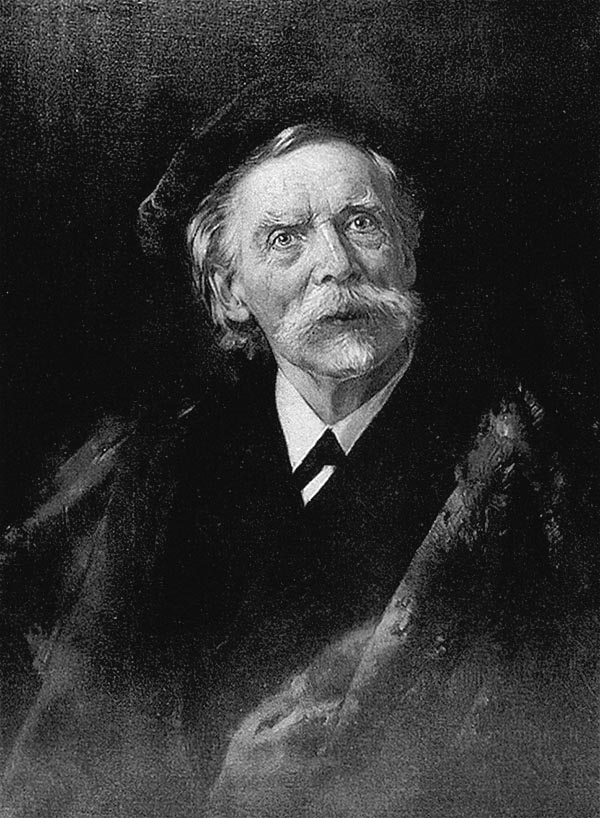 Jakob Schlumpf (August 7, 1857 - May 21, 1916) was a swiss printer based in Winterthur, Zurich, Switzerland. Schlumpf was born in Winterthur in 1857. He mastered lithography in French-speaking Switzerland from 1875 to 1879 before returning to Winterthur to set up his own press, Schnellpresse, in 1879. There he employed and trained his brother Heinrich Schlumpf. In 1890, he joined forces with Johann Randegger (1830 - 1900), who had earlier taken over the firm 'Joh. Wurster und Comp,' originally founded by Johann Ulrich Wurster (1814 - 1880) in 1842. The firm was renamed 'Wurster, Randegger und Cie.,' Schlumpf being the 'Cie.' As the youngest partner, the work of the firm fell increasingly on his shoulders, as did its good name. From 1890, when the elder surviving partner, Randegger, retired it was renamed 'Topographische Anstalt J. Schlumpf'. Under Schlumpf, the firm developed the novel technique of printing chromolithographic color on waxed silk or linen - a service popular with alpine enthusiasts, the military, and other enterprises that required durable filed maps. The publishing house adopted its last name, 'Kartographia Winterthur', in 1906. The firm formally closed its doors in 1924, when it filed for bankruptcy and was acquired by Orell Füssli Publishing.