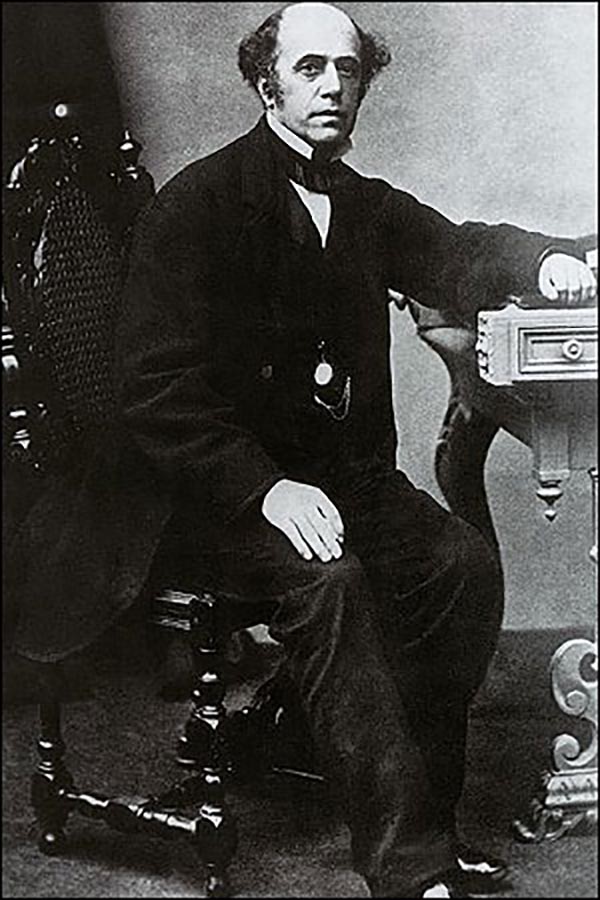 Thomas Cook and Son (1841 - 2002), originally known as Thomas Cook, was a celebrated and innovative British tourism company founded by Thomas Cook (November 22, 1808 - July 18, 1892). Established in 1841 when Thomas Cook organized his first excursion: a trip from Leicester to Loughborough by rail at the cost of one shilling per person to attend a temperance meeting. On the morning of Monday, July 5, 500 people boarded a special train for the twelve mile journey, the participants unknowingly taking part in the first trip organized by what would become an international tourism giant. Cook, a cabinet-maker and former Baptist preacher, believed that most Victorian-era social problems could be solved by people drinking less alcohol and being better educated, and it was this set of beliefs that drew Cook to the temperance movement. It would be another four years before Cook organized a tour that actually turned a profit, a tour taking customers from Leicester, Nottingham, and Derby to Liverpool. Thomas published his first guidebook in conjunction with this endeavor (the first of many), as he was not content to simply offer low priced train tickets. The first excursion outside England happened the following year, in 1846, when Thomas took 350 travelers to Scotland. In 1851, during the Great Exhibition in London, over 150,000 people from Yorkshire and the Midlands traveled to see the exhibition using his arrangements. The first Thomas Cook tour of continental Europe happened n 1855, for which he offered for the first time the complete holiday 'package', comprising travel, accommodations, and food. The firm also offered foreign exchange services for the first time during this trip. In the coming years Cook also helped establish Switzerland as a popular summer vacation destination. In 1864, Thomas Cook's son, John Mason Cook (1834 - 1899) joins the family business and participates in the opening of the first Thomas Cook shop in London on Fleet Street the following year. Thomas Cook personally escorts his first tour of Egypt and Palestine in 1869, and by doing so establishes a tour for which the firm would become famous. The firm's name officially changed from Thomas Cook to Thomas Cook and Son in 1871 and the following year Thomas Cook organizes the first round-the-world tour, which lasts for 222 days and covers over 29,000 miles. Thomas Cook is also one of the first tour companies to aid clients with the exchange of funds into foreign currency, and goes to far as to establish a Foreign Banking and Money Exchange Department in 1878. John Mason Cook officially takes over the family business in 1879, and in so doing starts the firm's transformation from a barely profitable venture into a successful global enterprise. In 1884, John Mason Cook is approached by the British Government to oversee a relief mission to General Gordon, whose forces were besieged in Khartoum. A massive force of 18,000 troops and all the necessary supplies was organized and transported by Cook, although the effort proved unsuccessful as Khartoum fell in January 1885 and Gordon was killed. Following the unsuccessful mission to relieve Gordon, John Mason Cook launched a new fleet of luxurious Nile steamers, allowing his wealthy clients to tour Egypt with ease, almost completely removed from all interaction with the locals. The firm was named the Official Passenger Agent for the first modern Olympic Games, which took place in Athens in 1896. Tragically, John Mason Cook died unexpectedly in 1899 and left the firm to his three sons: Frank, Ernest, and Thomas ('Bert'), who continue to grow the business, including becoming the first travel firm to offer tours view air. Thomas Cook and Sons organized the first personally-conducted air tour in 1927, taking a group of six people from New York to Chicago to witness the Dempsey-Tunney heavyweight boxing bout, with the package including flights, hotel accommodations, and ringside seats. Frank and Ernest (Bert died in 1914) sell the company to the Compagnie International des Wagons-List et des Grands Express Européens in 1928, which operates the firm until 1948, when it becomes state-owned under the British Transportation Holding Company. The firm remained under state control until 1972, when it was purchased by a consortium of Midland Bank, Trust House Forte and the Automobile Associations. Continuing the firm's reputation for innovation, the firm launched a system in 1981 that allowed other travel agents to access the Thomas Cook Holidays' reservation system, and in 1997 Thomas Cook became the first UK retail travel agency to offer customers to buy vacations, foreign currency, travelers checks, and guidebooks over the internet. The Thomas Cook firm ends its existence as an independent agency in 2002 when it is acquired by the German travel company Condor and Neckermann.

1920 Cook City Map or Plan of the International Settlement in Shanghai, China