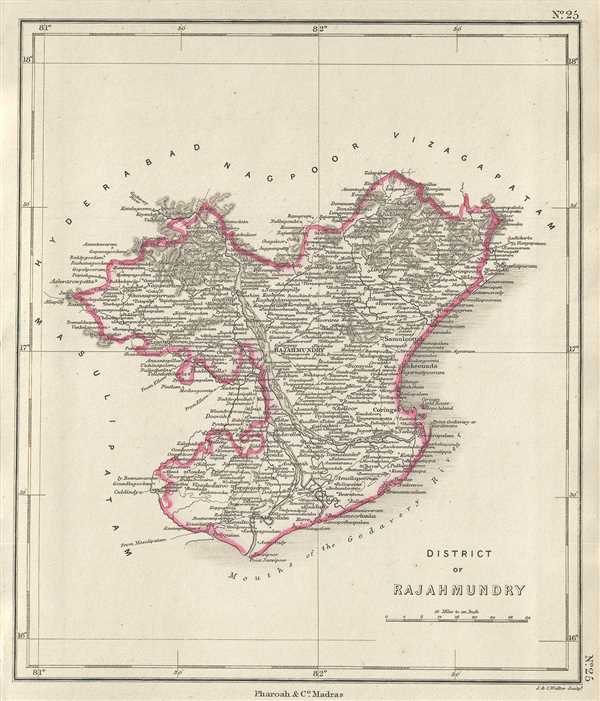 Map of the East Godavari and West Godavari Districts on India.
$250.00

This map was engraved by J. and C. Walker and issued as plate no. 25 by Pharoah and Company in their 1854 Atlas of Southern India.