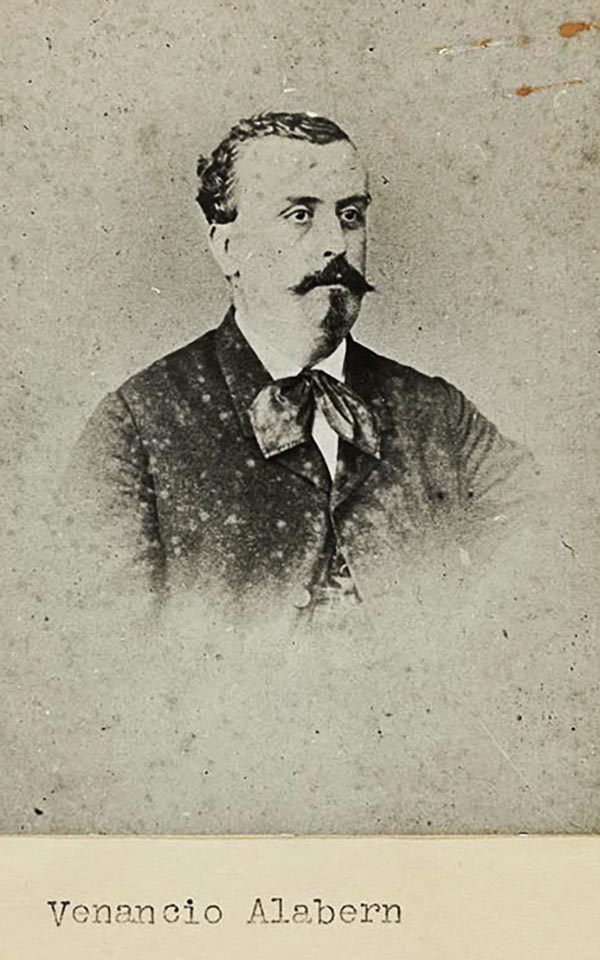 Ramón Alabern Y Moles (December 18, 1811 - 1888) was a Catalan map engraver active in Madrid and Barcelona in the early to mid-19th century. Ramón was born in Begues, just outside Barcelona, and initially studied engraving under his older brother, Pablo Alabern Y Moles (1804 - 1860). He afterward traveled to Paris to master to most sophisticated map engraving techniques. There he learnt the daguerreotyping, an early photographic technique, under the technique's inventor, Louis Jacques Mandé Daguerre (1787 - 1851). Returning to Barcelona in 1839, he introduced daguerreotyping to Spain with a dramatic presentation in partnership with the Real Academia de Ciencias Exactas, Físicas y Naturales. Throughout his career, Ramón supplemented his income as a map engraver for the Direccion Hidrografía with photography, publishing several daguerreotype compilations. Alabern died in Madried in 1888.