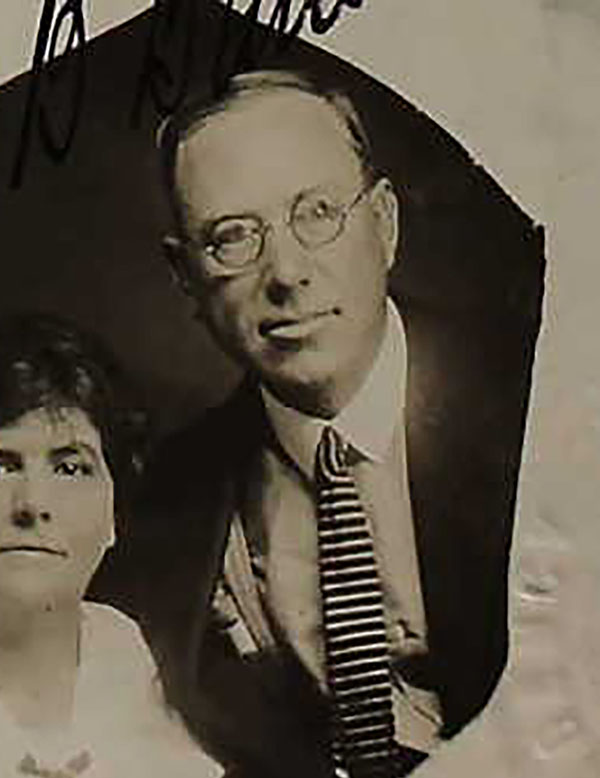 Fred Barned Bain (14 March 14, 1880 - November 17 1968) was an American advertiser and businessman based in San Francisco. He was born in New York City, the son of a grocer; the family moved to Alameda shortly thereafter, appearing there in voting records in 1890. By 1910 he had a young family of his own in Oakland, and was working as a sales agent for a manufacturing firm. He did not stay an employee for long: by 1915 he had struck out on his own with an advertising business. Alhough want ads for his company called for salesmen to handle 'a high-class line of advertising calendars and novelties,' surviving products from his company appear to be predominantly maps. In particular, his series of 'E-Z guide' maps seem to have been successful. Bain produced maps mostly of regional California, and city plans. OCLC shows maps of Oakland, San Francisco, Los Angeles and San Diego; Portland, Oregon; and Seattle, Washington. His customers, overwhelmingly, were banks who used Bain's maps as promotional tools.